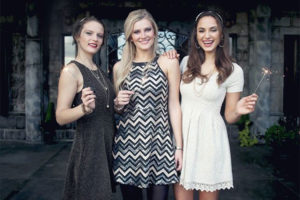 Christian clothing store Altar’d State is coming to the Fashion Centre at Pentagon City, according to building permit applications filed just before Christmas.

The retailer offers women’s clothing and accessories with a God-centric mission statement. Founded in 2009, the company has about 60 stores nationwide and donates one percent of all sales to local and international charities.

At Pentagon City mall, Altar’d State will serve both local customers and the throngs who visit the mall by the busload during school and church trips.

The permit application says the store will be 4,700 square feet and on the second floor of the mall.

Altar’d State does not sell Christian apparel. The company sells feminine and flirty womenswear that taps into boho-chic trends for the Instagram set. Its stores push both in-house brands and external labels, all showcasing looks that are big on antiqued lace, soft tulle, and crochet detailing, with plenty of flowy layers in muted colors.

Which is to say that for a self-described Christian fashion company, there’s a surprising dearth of religious iconography when it comes to its clothes. Instead, there are graphic tees best worn by weekend warriors sipping on mimosas that read “Will Work for Brunch” and “I Hate Mondays.”

But Altar’d State’s faith is never far from view. Stores pipe in contemporary Christian music and the dressing rooms feature those aforementioned prayer request books. There are plenty of wood-block wall hangings with snappy messages like, “Just Sayin’,” “Be Nice or Leave,” and “I Totally Agree with Myself” — but the larger blocks displayed in-store include text like, “Be Patient. Our prayers are always answered but not always on the exact day we’d like them to be,” and “Don’t tell God that you have a big problem. Tell your problem that you have a big God.” A display near the front entrance of the Austin store features hand towels with Philippians 4:13 alongside joke linens (all stitched in the same distressed Courier font) that define a calorie as, “A tiny creature that lives in your closet and sews your clothes a little tighter every night.”

Read more →
More Stories
Morning Poll: Where Will You Be Ringing in the New Year?Ask Eli: Building New Apartments vs. Condos