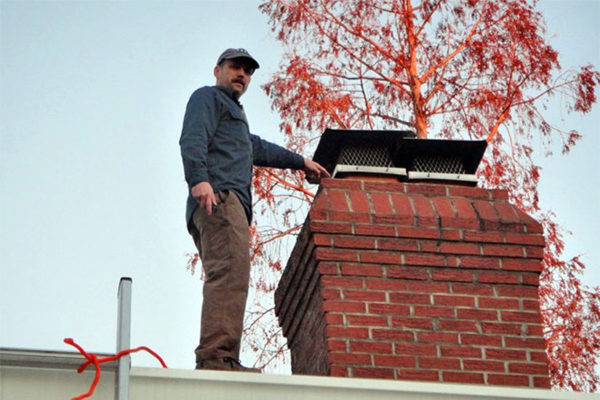 A home inspector needs to be knowledgeable in everything between the foundation of a house and the roof. They need to be willing to cram into creepy, dark crawl spaces looking for compromising cracks, and they often need to climb onto dangerously high roofs to check chimney masonry at the topmost point, something many home inspectors decline to do.

Ed Snope, the sole proprietor of Arlington’s Atlas Home Inspection, has been doing all those things, and everything in between, for three years. His business is the culmination of more than 30 years in all aspects of home building, beginning when he was a teenager learning the fine points of landscape construction with a contractor.

“We built retaining walls, decks, patios, that sort of thing,” Snope says. “I learned about grading and how to control water flow outside of a home, which is one of the most important issues I deal with as an inspector.”

Snope says his skills and interest in home construction “always led from one thing to another. People would ask, ‘Can you fix this?,’ and that led to home repairs.” The handyman career led to high-end house painting–which requires more knowledge and skill, not to mention effort, than most house painting–and that led to historic restoration, which found Snope expanding his knowledge about wood preservation and historically accurate construction methods.

Once he bought his own 1930s Cape Colonial in North Arlington, Snope spent his time restoring his own home, after which he decided to give home inspection a try. “It’s a good way to wrap up all my experience in one package,” he says.

His reputation has spread among Northern Virginia Realtors — the primary source of referrals for most home inspectors–rapidly, and after his first year his business doubled. “Things are going in the right direction,” he says.

First-time home buyers — and that includes those of cozy condos as well as vast McMansions — can be forgiven if they’re not sure what a home inspection entails, or why to even bother with one.

In short, once you make an offer on a house, the buyer needs to be certain there are no structural surprises to deal with once the sale closes. A home inspection report will detail everything the buyer needs to know about the house’s and the appliances’ deficiencies and strengths. If a problem is significant, the buyer may be able to negotiate with the seller to repair it or pay for the repair before closing.

“You will know by the end of an inspection if you want to proceed [with the purchase],” Snope said. “Most of the time I recommend the buyer ask for some money off as opposed to having the seller fix things. They might do it on the cheap and it may still need to be fixed by the buyer later.”

Snope also instructs the buyer on how to operate the house — “I show them shut-off valves, safety disconnects, how to operate the equipment” — as well as pointing out major or minor defects. “I’m looking for safety issues, proper installation and energy efficiency,” he says.

The one thing he hears from his clients more than others, he says, “is that I’m a lot more thorough than people expected. If you see my reviews [on Angie’s List, Yelp and elsewhere] you always see the word ‘thorough.'”

Realtor Betsy Twigg has an additional word: “Ed is very ‘conversational.’ He explains things to people very well so they really understand things,” the Arlington McEnearney Associates broker says. “Many have no idea how to take care of a house, or how a house is put together. Ed explains exactly what they should be concerned about and what not.

“He’s low-key, takes as much time as needed and he’s very, yes, thorough but he’s not picky. There’s a difference. He explains what’s important.”

Snope is Twigg’s go-to inspector for several reasons, not the least of which is “he gets the report to you on time. And he’s willing to get up on roofs, which some people are not willing to do.”

Of all the crawl spaces and roofs he’s explored for clients, Snope has seen a wide variety of anomalies, but there’s one that stands out.

“I found a baby vulture in an attic,” he says. “It must have been about 18-inches long. I took a photo and said I’m getting out of here before mom and dad get back.”

Vultures. Yet another reason to get a home inspection.

The preceding was a sponsored local business profile written by Buzz McClain for ARLnow.com.