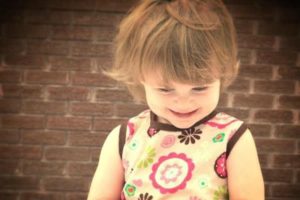 Members of the Washington Capitals hockey team will gather in Arlington next month to help raise money for a local family whose youngest daughter, Emma, has been diagnosed with an inoperable brain tumor.

Capitals players Karl Alzner, Nicklas Backstrom, Brooks Orpik and John Carlson will make an appearance to support the cause.

Tickets to the benefit are $75 each, and all proceeds will go directly to Emma and her family. 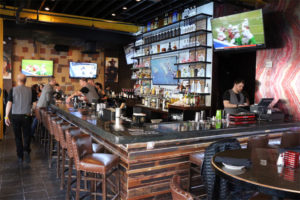 The February benefit was organized by John Carlson’s wife, Gina, who runs her own blog and uses it to raise money for her charity of choice, St. Jude’s Children’s Research Hospital. In a recent post, Carlson described knowing she “had to help” after she heard Emma’s story.

According to Carlson, Emma’s father has taken a leave of absence from work, so she organized the fundraiser at Don Tito with several ways for guests to help the family through the difficult financial time.

In addition to proceeds from ticket sales, proceeds from a raffle of Capitals memorabilia — including a jersey autographed by the team — a portion of all food and drink sales will be donated to the Hensel family.

Carlson also designed a t-shirt campaign, requiring all fundraiser guests purchase one online and either wear it or bring it to the event. The shirts start at $17.99, and proceeds from each one purchased will also go to the family.

Last week, Jones-Hensel used the t-shirt campaign page to publicly thank Carlson and those who have supported the fundraising effort so far.

“Thank you to each and everyone who has participated to help my family,” she wrote. “We are forever grateful.”

“Gina and her family have come together to give us an amazing gift, one that we plan to pass along someday,” she continued. “Emma’s little body is struggling to make it through the nightmare of radiation and treatments. Although her body is failing her, Emma’s spirit and smile light up my heart.”

Those interested in attending the fundraiser for Emma’s family can reserve tickets via e-mail and should do so soon, as Carlson expects the tickets to sell out.