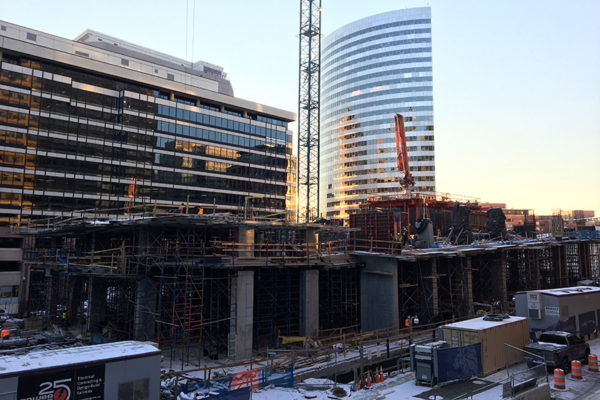 ‘Carmageddon’ Grips Local Roads — It’s crazy what one inch of snow can do to unsalted roads. Hundreds of drivers slid, stopped and slammed into each other across  area roads last night and early this morning. Multiple commuters told us it took hours to get home. [ARLNow, FOX 5, CBS 6, Washington Post]

Traffic Study Reveals I-66 Problems — Ever wondered why I-66 is a mess sometimes? A new study supporting a plan for high-occupancy toll lanes may help shed light on why. Though that answer to that question is complicated, the study did reveal one thing: HOV rules have a large impact on traffic. [Washington Post]

Shovel That Walk, It’s The Law — Did you know you’re required to clear public sidewalks adjacent to your property? If not, you might want to brush up on the rules before this weekend’s snowstorm. [Arlington County]

Gov. McAuliffe Declares State of Emergency — Virginia Gov. Terry McAuliffe has declared a state of emergency for Virginia in response to the winter storm expected to slam the region tomorrow and Saturday. [ARLNow]

Arrowine’s ‘Ladies of the Vine’ Cancelled — The event is cancelled due to the looming snowstorm. [ARLNow]