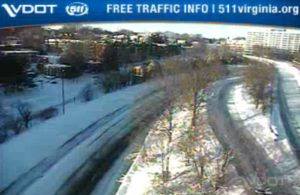 Though the snow has stopped falling, Virginia’s Department of Transportation (VDOT) says plenty of work must be done to dig out area roads.

Although VDOT says most interstates and primary routes in “minor to moderate condition,” many side roads are still completely covered in snow and ice.

“Even though the snow has stopped and dry weather is on the horizon, snow removal will be very extensive through the week,” VDOT said in a statement released earlier this morning.

VDOT urges drivers to “stay off roads to give crews space to clear snow and ice.”