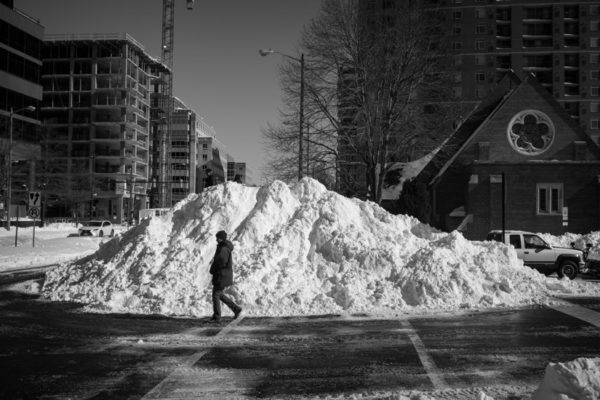 The weekend is here and the remnants of last weekend’s blizzard are continuing to melt.

Expect relatively mild temperatures this weekend and into next week, says the Capital Weather Gang.

While much of the snow is likely to disappear over the next week, the biggest piles are like to to stick around for some time. In 2010, after the “Snowmageddon” blizzard, a big pile of snow near Ballston Common Mall was still around in early April.

So let’s get your best guesses: what’s the over/under for the last snow pile in Arlington? After which date will there be no more snow to be found anywhere in the county?

Feel free to discuss that or any other issue of local interest in the comments.

Read more →
More Stories
Next Month: Meet the Two New County Board Members in ClarendonDeal of the Day: Half Off VIP Experience at Crystal Couture