Crystal City startup incubator Eastern Foundry is preparing for its second Foundry Cup, a themed competition for startups. Due to increased interest, the deadline to apply for the competition — which was originally scheduled for mid-January — has been extended to this Friday.

“There is a great deal of interest in this year’s Foundry Cup,” said Director of Partnerships and Events Lauren Schmidt. “Promising submissions have been rolling in steadily since we announced and because of a rather large influx of interested startups this January, we decided to extend our deadline.”

This winter’s event is called Foundry Cup: Portable Power. There is no application fee, and any startup working in or with an idea in this realm are welcome to apply.

According to the competition’s website, Eastern Foundry is seeking startups that create “effective off-grid power solutions” for men and women working and living in some of the world’s most challenging places. These can include FEMA first responders, military, USAID workers, hikers on isolated trails and more. 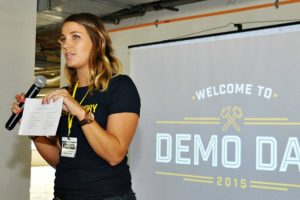 “The Foundry Cup is more than a competition and networking opportunity,” Schmidt said. “It creates a forum that brings together leaders and entrepreneurs with diverse backgrounds and across generations to tackle one of the largest problems in the world right now.”

The competition is looking for ideas that are eco-friendly and cost-effective, specifically with the potential to decrease government spending on fuel and other power sources.

It’s also looking for entrants from virtually anywhere, not just locally. While Schmidt said most applications so far have been from the D.C. area, they’ve also received some from the West Coast, other countries and students from universities.

The inaugural Foundry Cup was held in June 2015, during which startups were challenged with finding ways to detect and treat Post-Traumatic Stress Disorder (PTSD) and fourteen finalists competed for the $10,000 first place prize.

This year, Schmidt said things will be a bit different. 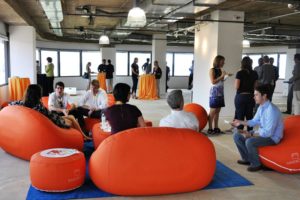 The competition was shortened from 72 to 48 hours to keep entrants focused on displaying their best components and features on “Demo Day.” The new schedule also includes more time for networking, allowing competitors to interact with each other, government officials and other established business leaders.

While Schmidt said they expect at least 50 applications by Friday’s deadline, only 10 finalists will be selected, making this winter’s installment of the Cup more competitive. Those finalists — along with the venue — are expected to be announced on Feb. 15.

From then until Demo Day on March 25, the finalists will work to develop their ideas and prepare to present them to private business owners, government contractors, military and civilian agencies. The finalist startups will compete for $10,00 first place and $5,000 second place prizes. There will also be a “People’s Choice” award of $1,000.

Though it’s only the second installment of the competition, Schmidt said Eastern Foundry is hoping to make the Foundry Cup an annual event for startups to work to address timely and critical issues facing the world’s population.

“For this competition, we are hoping to advance and promote game-changing approaches to versatile, go-anywhere power sources that are long lasting and durable,” she said. “Our longer-term goal is to create a reliable and effective forum for exposure and discussion on how generations of innovators and startups are solving the world’s most pressing challenges.”