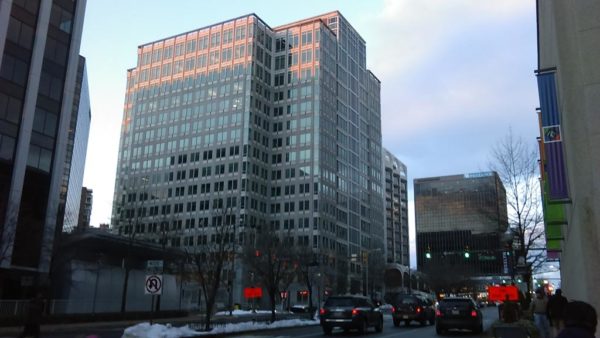 It’s February — Today is the first day of February. As happens every four years, this year February will have an extra leap day — Monday, Feb. 29.

Top Colleges for Class of 2015 — In terms of applications sent, the top three colleges to which Arlington’s high school class of 2015 applied are: 3. University of Virginia, 2. Virginia Commonwealth University and 1. James Madison University. Arlington students sent a total of 321 applications to JMU. [Arlington Magazine]

There Are Still Snow Boulders in Arlington — A number of Arlington residents are frustrated that some sidewalks, streets and parking lots are still obstructed by large piles of snow. [WJLA]

Win: District Taco Makes ‘Cheap Eats’ List — District Taco has made a BuzzFeed list of “21 Delicious D.C. Eats That Won’t Break The Bank.” Amsterdam Falafel, which has a location in Clarendon, is also on the list. [BuzzFeed]

Fireball Spotted Saturday Night — A very bright meteor that streaked across the sky in the Northeastern U.S. Saturday night was captured on a dash cam in the Skyline section of Fairfax County. [Capital Weather Gang]

END_OF_DOCUMENT_TOKEN_TO_BE_REPLACED

More Stories
Deal of the Day: Half Off VIP Experience at Crystal CoutureCould APS Students Telecommute During Snow Days?