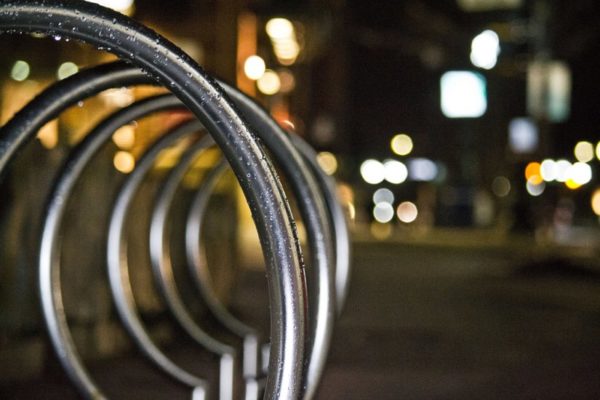 Mt. Vernon Trail Unplowed After Snowzilla — The National Park Service did not plow the Mt. Vernon Trail, a major bicycle commuter route, after the January blizzard. The snow-covered trail was, however, used by cross-country skiers. Cyclists would like the park service to consider changing its no-plowing policy. [Greater Greater Washington]

Va. GOP Does Away With Loyalty Oath — The State Board of Elections has approved a request from the Republican Party of Virginia that the state discard the loyalty oath the party originally wanted voters to sign during the March 1 presidential primary [Richmond Times-Dispatch]

Agencies Investigate Oily Sheen on Potomac — A number of federal and local agencies investigated an oily sheen spotted on the Potomac River yesterday from Gravelly Point down to Alexandria. The source of the oil has not been determined but efforts to contain it were deployed. [Washington Post, Patch]

Crystal City Office Complex Up for Sale — The so-called Polk and Taylor office buildings in Crystal City are up for sale. The Department of Defense is leasing the 912,000 square foot office complex along Crystal Drive and 26th Street S. until 2025, but owner Beacon Capital Partners is seeking to sell before the lease expires. The buildings are assessed at $351.2 million. [Washington Business Journal]