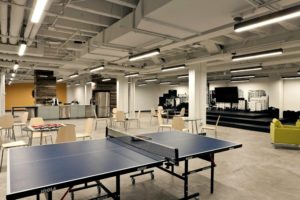 Imagine a world where every person in every city or town or village in every country had access to fast, affordable Internet.

Satellite company OneWeb is working to make this vision a reality by launching a constellation of nearly 700 low-orbit satellites, and it’s moving to Rosslyn.

Last month, the company announced it is leasing 6,000 square feet of office space at 1400 Key Blvd, meaning OneWeb’s central operation will be moving to Arlington in the near future.

“Washington is one of the key international hubs for the aerospace and satellite industries, and the area’s deep talent pool will be a tremendous asset as we continue to expand our operations, including finding a site for a network operations center and a satellite operations center,” said OneWeb CEO Matt O’Connell about the move.

The space is part of Monday Properties’ Ground Floor, where other startups and “early stage” companies have also landed.

OneWeb is currently based on Jersey, one of Britain’s Channel Islands. The idea for worldwide Internet access first started in 2002 when founder Greg Wyler started a telecommunications company to bring low-cost cell phone and Internet service to people in Rwanda.

Still, Wyler knew he had to build many more satellites and bring them closer to Earth to achieve international communication, faster speeds, affordable costs and, ultimately, universal access. OneWeb is the means by which he hopes to finally do so.

“This is an enormous long-term project and our goal is to provide reliable high-speed internet access to all communities around the world who don’t currently have access,” O’Connell said. “We believe connectivity is a fundamental layer for societal and economic growth.”

So how would it work? 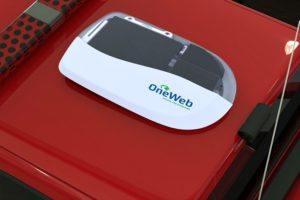 The constellation would create a network of satellites that communicate with each other to extend Internet coverage across the entire planet. Their closer proximity to Earth would enable this connection as well as improve service performance across the network.

Next, users will be able to purchase low-cost terminals to communicate with the satellites, bringing LTE, 3G and WiFi to the areas they’re housed in. These terminals can be stationary in homes or affixed to the top of emergency vehicles for mobile coverage, for example.

OneWeb hopes to launch its satellites — 648 of them, to be exact — by 2019. In order to accomplish this, the company has attracted several corporate investors and partners, including Sir Richard Branson, The Coca-Cola Company and Airbus Group.

O’Connell said moving forward, the company will have offices in the U.K. and the D.C. area. It’s satellite manufacturing will also be done in a factory in Florida as part of the partnership with Airbus Group.

While O’Connell is a more recent addition to the OneWeb team, for him, the move to Rosslyn is a actually a move into familiar territory. Before he was named CEO, he was a chief executive at GeoEye, another satellite company based in Herndon. O’Connell said he was drawn to Northern Virginia because of its existing high-tech workforce.

OneWeb is also looking to expand its own workforce with the move, hiring in multiple departments, including engineering, finance, law and marketing.

With the company’s goal launch deadline three years away, O’Connell said the team is looking forward to calling Arlington home.

“Our workforce likes Arlington because of the mass transit, the proximity to D.C., and the lifestyle, the restaurants and the bike trails, in particular,” he said. “It’s a great place to build a high-tech company.”