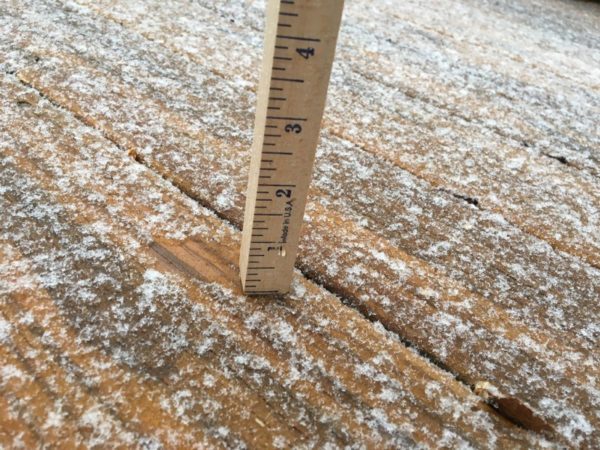 Snow Emergency Routes to Be Enforced — For future large snowstorms (not for today’s flurries) Arlington County will begin enforcing towing on snow emergency routes, after more than two decades of non-enforcement. County Board Chair Libby Garvey also said Arlington’s snow clearing effort can use a bit of improvement. “There are clearly some things we need to do better,” she said. [InsideNova]

Substance in Potomac Found to Be Fuel Oil — The oily sheen on the Potomac is fuel oil, tests have determined, ruling out that it’s jet fuel or fuel from a car. The U.S. Coast Guard and Arlington authorities are still trying to find the source of the leak. They spent much of Monday inspecting storm drains in Arlington. [WTOP, Washington Post]

Rock Climber Pleads Guilty in Arlington Man’s Death — Thirty-three year-old David DiPaolo of Bristow has pleaded guilty to the gruesome Dec. 28, 2013 killing of 68-year-old Arlington resident Geoffrey Farrar at the Carderock Recreation Area in Montgomery County. An argument in the parking lot led to an altercation while the two men were rock climbing, and during the struggle DiPaolo struck Farrar in the head with a claw hammer multiple times. Farrar died from massive head injuries. DiPaolo pleaded guilty to voluntary manslaughter. [NBC Washington]