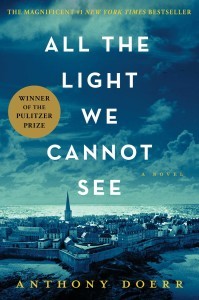 Pulitzer Prize-winning author Anthony Doerr will be the featured speaker for Arlington Reads 2016.

Doerr’s “All the Light We Cannot See” earned him widespread literary fame after it was published in 2014. The New York Times bestseller won the Pulitzer Prize for fiction last year.

The novel tells the story of “a blind French girl and a German boy whose paths collide in occupied France as both try to survive the devastation of World War II.”

Doerr is scheduled to speak at Washington-Lee High School’s auditorium on Thursday, April 7 from 7-8:30 p.m. Doors will open to the public at 6 p.m.

Two other authors will speak as part Arlington Reads 2016, the theme of which is “the human displacement of World War II.”