The name changed gradually because the original label for Canal Street showed an old photo that prominently featured the word “founders” on it. That was enough to lead to a name change. Though still considered a craft brewery by the Brewers Association, in December 2014 Founders merged with Mahou-San Miguel giving them a 30% stake in the company to allow them to continue growing

Since opening its doors, Founders has increasingly become one of the most influential breweries in Michigan, if not the United States. In fact, as of April 2016, the Brewers Association ranked Founders Brewing Company the 20th largest brewery in the United States, just eight places away from the 12th ranked Bell’s Brewery, the only other Michigan brewery in the top 50. Their recently released KBS (Kentucky Bourbon Stout) has appeared in Beer Advocate’s top ten beers list. The brewery has been honored by ratebeer.com as among the best in the world and they have been well recognized at the Great American Beer Festival in Denver, Colorado.

All this success has made their beers desirable around the country. Their growth has allowed them to expand into markets across the U.S., allowing fans of their vaunted beers to get them locally. In fact, though already in Virginia and DC, they plan to distribute in Maryland and Montgomery County in the near future.

Founders brews seven year round, three seasonal, five specialty and four limited beers. I want to share some these. 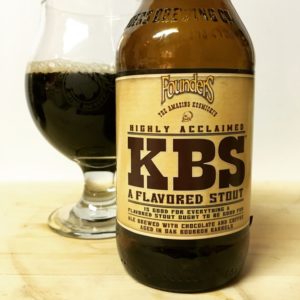 Dominion Wine and Beer recently held a release event for this vaunted “limited” beer, and craft beer lovers lined up to get their bottles. Packaged in 12 ounce bottles, this strong stout should be enjoyed a little bit at a time. With an aroma of tootsie rolls, this sweet coffee, chocolate stout tastes very strongly of alcohol. This just reminds you to sip this special beer and savor it. 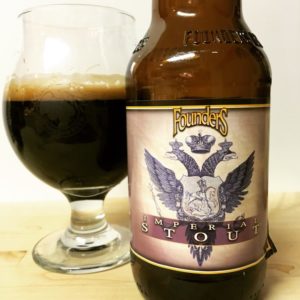 This syrupy “specialty” stout is a completely different experience from the KBS though still a total sipper. Dark molasses and salty licorice rule the aroma, creating an enticing set up for the first sip. At first, I tasted black licorice, but that quickly transitioned to a bitter, roasted dark chocolate. This strong beer is sweet and sip-able, but watch out — it’s smooth enough to drink quickly. Enjoy it slowly, it improves as it warms. 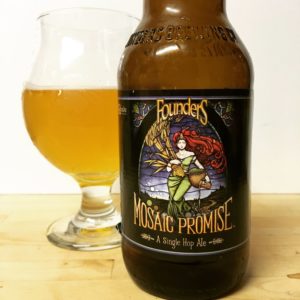 For a change of pace, try one of Founders’ single-hop beers: Mosaic Promise. Brewed with just one hop, Mosaic hops, and one malt, Golden Promise malt, this seasonal ale just bursts with freshness. Smelling and tasting like brilliant pine sap, Mosaic Promise is a dank ale that cleanses the palette and really refreshes. The Golden Promise malt takes a back seat to the dominant hops, which is just fine with me. With such a relatively low ABV, you can enjoy a couple of these in an evening without guilt. 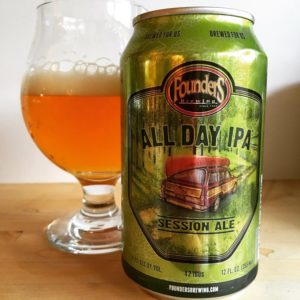 Founders’ session ale is one of their seven year-round beers. Generally, session ales have to try harder because they are trying to replace a stronger style of ale. All Day is an effortless IPA, with a huge floral aroma that becomes a piney delight in the sip. I found this light alcohol beer to be quite satisfying, even delicious. I had a can, which comes in 15 packs, but you can also find this refreshing brew in bottles. Make sure to have some on hand as the weather warms.