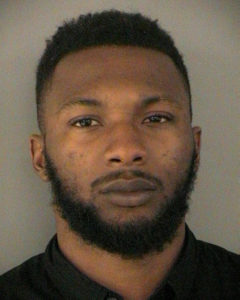 Arlington County Police have arrested a 27-year-old Arlington man in connection with an April 19 stabbing in the Nauck community.

Police say Ryan Coles was taken into custody on Saturday by ACPD’s tactical unit. He has been charged with malicious wounding and is being held without bond.

The stabbing took place at 1:45 p.m. on a weekday afternoon, following “a physical altercation between two individuals.” The victim was reported to have suffered severe injuries.

On April 19, 2016 at approximately 1:45 p.m., Arlington County Police responded to an assault with a weapon in the 3200 block of 24th Street S. The investigation revealed that following a physical altercation between two individuals, a male victim was stabbed. The victim was transported to George Washington University Hospital with severe injuries.

After reviewing evidence in this case, detectives from the Department’s Homicide/Robbery Unit developed a suspect description. On April 23, officers from the Tactical Unit took the suspect into custody without incident. Ryan Coles, 27, of Arlington VA was arrested and charged with malicious wounding. He was held on no bond.

Anyone with information about this incident and/or who may have observed anything suspicious in the area is asked to contact Detective J. Trainer of the Arlington County Police Department’s Homicide/Robbery Unit at 703-228-4185 or [email protected] Information may also be provided anonymously through the Arlington County Crime Solvers hotline at 1-866-411-TIPS (8477).