After several years of carrying two Richmond breweries — Lickinghole Creek Craft Brewery and Hardywood Park Craft Brewery — Dominion Wine and Beer was looking to expand their offerings from Virginia’s capital city. The great news is that they will be carrying beers from Strangeways Brewing and Ardent Craft Ales.

In a city that has seen a renaissance in recent years — it was named among the top 10 places to travel by Travel + Leisure magazine — one can find 13 breweries of varying size. Soon to be added to those ranks is the San Diego behemoth, Stone Brewing Co. Also among that 13 are the two newest breweries to Dominion’s line up: Ardent Craft Ales and Strangeways Brewing.

Ardent Craft Ales began in the way many contemporary craft breweries do: as a result of a great deal of homebrewing. Co-owners, Tom Sullivan and Paul Karns, formed a co-op of homebrewers who bought a half-barrel pilot brewing system and set out to learn as much about brewing as possible. The co-op brought them into contact with Kevin O’Leary had recently brewed for Cambridge Brewing Company in Massachusetts. As the three men shared ideas and continued to learn, Ardent Craft Ales was born. 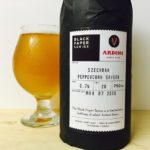 I’m going to cut right to the chase, this saison is a treat! All the smells and flavors are there from the clove in the aroma and the banana in the flavor. What puts this beer ahead of other recent saisons is the bubble gum sweetness that cuts the herbal bitterness that often comes out in the style. Instead of finishing bitter, Ardent’s saison starts out with a shock of herbs and finishes sweet. This is a tasty, drinkable beer that would accompany your weekend BBQ well.

Down railroad tracks from Ardent is a brewery that RateBeer named the Best Brewery Taproom in Virginia: Strangeways Brewing. Founded by Neil Burton and Mike Hiller in 2013, the original intention was to use an existing brewery in an arrangement called “alternating proprietorship,” but it was against the law. Like other entrepreneurs, Neil Burton worked with the Virginia legislature to put a law in place. His success came right as craft brewing was booming in Richmond, which meant that there wasn’t a brewery that could accommodate another brewer. Burton and Hiller, who met while working on the law, decided to open their own brewery. 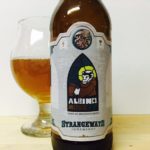 This spiced white ale smells good and clove-y. It’s a wonderful aroma, which leads into a powerfully pungent sip where cloves and banana collide. The Belgian yeast, and the spices, make all this possible. Underlying the whole thing is a solid wheat-based malty beer that works in harmony with the yeast to create a flavorful brew. It’s easy to overlook these wheat ales, but this one should be savored. 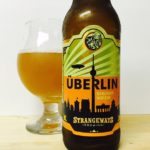 True to its lineage, sour wheat beers, this golden beer has an aroma that mixes lemon with vinegar and a hint of baking soda. The vinegar is a clue that this Berliner Weisse leans away from the traditional balance of malt and tartness, and toward the trend of all out sour beers. The flavor exceeds the expected tartness of the style going all the way to full-on pucker. Though not a copy of the Berliner Weisse style, this sour beer should please those in search of another brew to tie your tongue into knots. 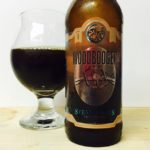 The chocolate and coffee aroma of this dark brown ale are very enticing, but the true delight is in the flavor. Up front is a powerful vanilla that gradually turns into brown sugar and dried figs as the slight effervescence tickles your tongue. This is a fairly simple beer, but it’s satisfying nonetheless. With more character — and sweetness — than your typical dubbel, Woodbooger stands out as a truly American reinvention of a classic. Despite the low alcohol, this flavorful beer encourages sipping. Enjoy one, or two, slowly and get all that it has to offer.

Be sure to come down to Dominion Wine and Beer to get some of these Richmond beers!