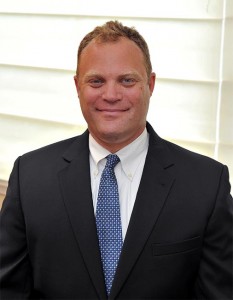 For Progressive voice readers and commenters – and those of ARLnow’s other opinion columns — I invite you to tune it to a new program called Arlington Voices that I host on Fridays on Arlington’s very own low power community radio station WERA-LP (96.7 MHz on the FM band).

The program is focused on Arlington as a unique place. Our geographic location near Washington, relatively small size, eclectic mix of Southern and Northern tendencies, transient nature of many residents, shifting demographics, and long-standing commitment to inclusiveness and progressive public policy all make for a lot of interesting ideas generated in Arlington that, in my opinion, are worth talking about.

I want Arlington Voices to be a place where we look more closely at what makes Arlington such a unique community – through dialogue, insight, whimsy, and serendipity. I am committed to maintaining a non-partisan, non-agenda driven show where anyone can feel comfortable, safe, and willing to share their thoughts and their journey.

How did the program come about?

In January 2011, President Obama signed the Local Community Radio Act, the culmination of a decade-long campaign by low power FM advocates to foster community radio across America. Thousands of applications have been filed with the FCC to open low power FM stations across the country.

I learned some things running for County Board that I discussed with Paul LeValley in the context of an idea I had for a radio program. During the campaign, I talked to thousands of Arlingtonians who helped me see that everyone has a story to tell. I learned about the unique journeys like the bus driver who has lived in the same house their whole life, the lawyer who dreams of being a landscape architect, parent advocates, community leaders, young residents, immigrants, and the swim coach from my youth.

Paul and I discussed how I might take a deeper look into Arlington one interview at a time. I humbly described my show as a mashup of Diane Rehm, Marc Maron, Charlie Rose, and … Howard Stern.

I didn’t want guests just talking about their professional lives and delivering talking points. I wanted to hear more personal stories about what brought people to Arlington, why they have stayed, and where they see Arlington heading in the future.

Last week, in the inaugural show, my guest was attorney Ted Bilich. I knew we would talk about Ted’s legal career and his work in risk management. But we went much further in discussing how the concept of risk plays out in our professional, personal, and civic experiences.

Ted described risk management as akin to “looking under the rock.” It’s never quite as scary as you think it’s going to be, and the consequences of not looking are always more significant than you imagine.

I hope my guests and I will continue to look under the rocks, calm fears and encourage thoughtful progress.

In the weeks and months ahead, I look forward to continuing the conversation. My next guest, Susan Anderson, is an unsung hero of Arlington – always in the middle of things but never the center of attention; without Susan many things wouldn’t get done. The following week, I will interview Sherriff Beth Arthur. We’ll discuss not only the role Arlington plays in innovative criminal justice and how Arlington handles undocumented individuals, but also leadership and what Arlington means to her.

Please join us and send me your thoughts at [email protected]. Building on the local dialogue that takes place every day on ARLnow, I hope to highlight important conversations that are taking place or should be taking place throughout Arlington. Let’s look under the rock, together.

Andrew Schneider is a lifelong Arlingtonian. He is the Executive Director of Arlington Thrive, a non-profit that provides same day emergency financial support to neighbors in need. Learn more at Arlintonthrive.org. His radio show, Arlington Voices, can be heard every Friday at 10am on WERA-LP 96.7 FM.