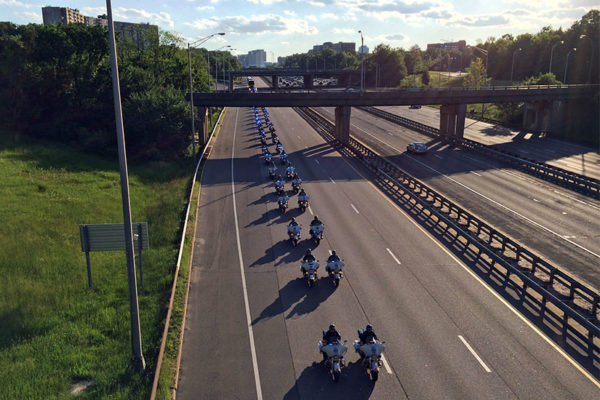 The Arlington County Police Department announced Monday that there will be temporary closures on I-66 eastbound on Saturday, May 28 from 10:00 a.m. to 11:30 a.m. The closures are in place to allow Vietnam War veterans to travel to Arlington National Cemetery.

Other roads to be affected by the motorcades include Route 110 southbound and Washington Blvd near Columbia Pike, according to police.

Also, traffic in and around Crystal City is expected to experience delays between 12:30 p.m and 1:30 p.m due to police escorts for another veterans group through the area.

Memorial Day weekend will also bring traffic disruptions on Friday and Sunday due to the 29th annual Rolling Thunder ride, which is separate from the Saturday veterans event. Starting Sunday morning a Rolling Thunder rally will be held at the Pentagon parking lot. That will be followed by a noon departure across the Memorial Bridge and into D.C., before another gathering near the Vietnam Veterans Memorial.

Read more →
More Stories
Arlington Fixed 217 Water Main Breaks Over the Past Year, and Other Public Works StatsACPD’s ‘Click It or Ticket’ Campaign Starts Next Week