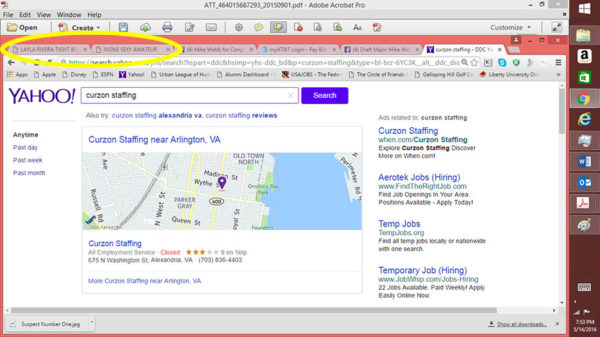 Congressional candidate Mike Webb has an explanation for why web browser tabs for two pornographic web pages could be seen in a screenshot he posted Monday afternoon.

In an email to ARLnow.com, which he also posted to Facebook, Webb claims that he was testing the whether such sites could have been the source of the alleged “cyber attack” that prevented him from filing a report to the Federal Election Commission on time.

“Curious by nature, I wanted to test the suggestion that somehow, lurking out in the pornographic world there is some evil operator waiting for the one in a gazillion chance that a candidate for federal office would go to that particular website and thereby be infected with a virus that would cause his or her FEC data file to crash the FECfile application each time that it was loaded on the day of the filing deadline, as well as impact other critical campaign systems,” Webb said in a characteristically lengthy message that also included accusations of malfeasance against some critics and local Republican party members. 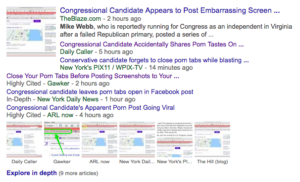 Webb acknowledged that the episode has brought his quixotic campaign renewed attention, following his defeat in the race for the 8th District Republican congressional nomination. He insisted that it hasn’t cost him votes.

“We have not gained any new enemies or lost any friends today,” he wrote.

In fact, Webb said in a subsequent post, the whole thing has been an overall positive for his campaign.

“The truly amazing thing about today was that ‘I saw also the Lord, high and lifted up,’ and I was very much moved by the love and support of those who expressed their encouragement and support, even some in the national and local press,” he wrote. 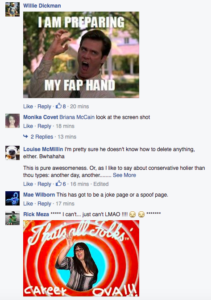 National news outlets including Gawker, the Daily Caller and the New York Daily News have picked up the story. The media attention has driven scores of wisecracking commenters to Webb’s Facebook page. As of midnight, three of his posts Monday have garnered a combined 2,937 Facebook comments.

Webb, meanwhile, said he’s busy trying to get the signatures necessary to make the November ballot as an independent, which would allow him to face off against incumbent Rep. Don Beyer (D) and Republican nominee Charles Hernick.

“As you know, we have to get 1,000 signatures in the next few weeks to get into the fight, and we are making great headway in this effort because people are very frustrated with our current politicians and their antics, as I probably should be, too,” he wrote.