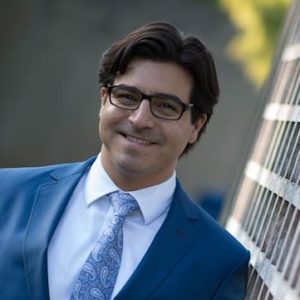 Another Republican challenger to Rep. Don Beyer (D-Va.) has emerged: an international environmental consultant who favors a strong national defense and “keeping the door open” to legal immigrants.

While Hernick supports limited government, free markets, gun rights and a strong military — to “strengthen diplomatic efforts and keep our country safe” — he doesn’t sound much like his party’s presidential candidates, who often speak against regulation and the EPA, when describing his career.

“I’ve worked at the crossroads of economic development and environment for my entire career,” Hernick says on his website. “I understand the complexities and cost of government regulation, but I also understand the benefit that well-designed policies and programs — supportive of free markets — can bring.”

“I’ve worked with the private sector and state governments across the United States to keep our waters drinkable and swimmable while the economy grows,” Hernick continues. “I’ve worked with Muslim business owners in Africa whose livelihoods are under threat from religious extremists. I’ve seen the effects of intolerance, poverty, violence, and terrorism. I know that it takes a willingness to listen and take decisive action to keep peace.”

On the issue of immigration, Hernick writes: “Our approach to immigration should be balanced; we need to prevent illegal entry, while keeping the door open to migrants who believe in the American Dream.”

Hernick, who has yet to send a press release — at least to ARLnow.com — is a contrast compared to his GOP rival, Mike Webb, who is also seeking the party’s nomination for Virginia’s Eighth Congressional District. Webb has emailed 37 lengthy press releases to media outlets since Dec. 22.

The Republican nominee will be chosen at a party convention on May 7. The nominee is expected to face Beyer, who would be seeking his second term, in the fall.