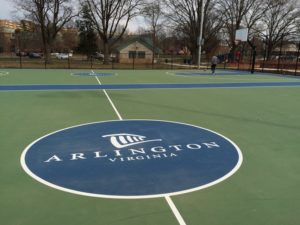 Arlington has the fourth-ranked park system in the United States, according to new rankings from the Trust for Public Land.

Arlington ranked just below No. 3 Washington, D.C. and the top two cities for parks: Minneapolis (No. 1) and Saint Paul (No. 2). The county received high marks for having parks within easy waking distance of the vast majority of residents.

“Arlington scored even better for park access, with 98% of residents living with a 10-minute walk of a park,” noted a press release. “However, its overall score was hurt because Arlington reserves only 11.2% of city area for parks. That is still above the national ParkScore average of 8.9%, but considerably behind the Twin Cities and Washington, D.C.”

An excerpt from the press release from the Trust for Public Land, including the top 10 ranked jurisdictions, is below.

“Every American deserves to live within a 10-minute walk of a park, and ParkScore helps us measure which cities are meeting that mark,” said Will Rogers, President of the Trust for Public Land.

ParkScores are based on three factors: Park Access, which measures the percentage of residents living within a 10-minute walk of a park (approximately ½-mile); Park Size, which is based on a city’s median park size and the percentage of total city area dedicated to parks; and Facilities and Investment, which combines park spending per resident with the availability of four popular park amenities: basketball hoops, off-leash dog parks, playgrounds, and recreation & senior centers.

According to ParkScore, 97% of District residents live within a 10-minute walk of a park. Washington’s score was also helped by high marks for spending per resident ($287) and percentage of city area reserved for parks (21.9%). Arlington scored even better for park access, with 98% of residents living with a 10-minute walk of a park. However, its overall score was hurt because Arlington reserves only 11.2% of city area for parks. That is still above the national ParkScore average of 8.9%, but considerably behind the Twin Cities and Washington, DC.

Atop the ParkScore rankings Minneapolis narrowly edged out Saint Paul for first after the cross-town rivals shared the top spot in 2015. Fresno, California, also marked an important achievement for 2016, climbing out of last position for the first time in ParkScore history. The Central California city was buoyed by the opening of several new playgrounds and a dog park.

Nationally, The Trust for Public Land reported a trend toward increased investment in local park systems. Returning ParkScore cities increased spending on parks by an average of $1 per person in 2016, according to the organization.

“Cities are investing in park systems and that’s showing up on the ParkScore index. It is great news for public health, the environment, and local economies,” said Adrian Benepe, Senior Vice President and Director of City Park Development for The Trust for Public Land. “Parks provide places for children and adults to get exercise, and they serve as community meeting places where friendships are built and a sense of community is strengthened,” he added.

According to The Trust for Public Land, the 10 highest-ranking park systems in the United States are:

END_OF_DOCUMENT_TOKEN_TO_BE_REPLACED

More Stories
Listing of the Day: 4427 Vacation LaneRental Trends: How to Calculate How Much Rent to Charge