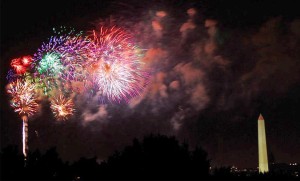 The free celebration, which also is slated to include drop-in kickball games, moon bounces and balloon art, is scheduled to run from 5-10 p.m. The Hollies guitarist Steve Lauri and West Virginia cover band Cazhmiere are scheduled to perform. 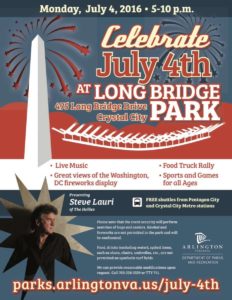 Long Bridge Park won’t have on-site parking during the event, but shuttles are slated to run between the park and the Pentagon City and Crystal City Metro stations.

If you can’t make it to Long Bridge Park, you also can see the fireworks in Arlington from:

The fireworks are expected to begin at 9:09 p.m., lasting about 17 minutes.