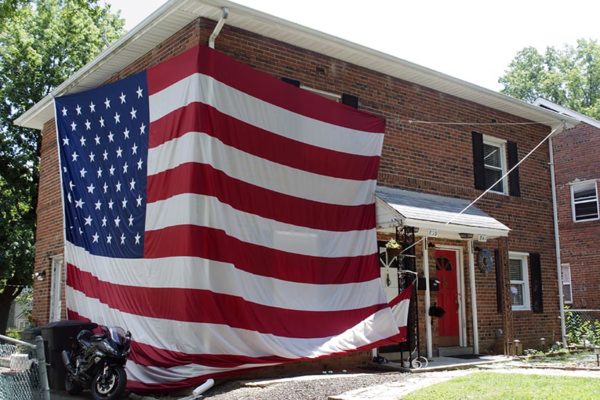 There were plenty of flags to be seen around Arlington this past week, in celebration of Independence Day. One household in the Arlington Heights neighborhood, near Columbia Pike, took their patriotism to another level.

The residents of a home on the 800 block of S. Ivy Street draped an enormous, 20’x30′ American flag across the side of their house.

“We hung it up on Sunday and we’ve had a lot of positive reactions from neighbors and people just driving by,” resident Chelsie Bain told ARLnow.com, via email. “Over the weekend we saw several people get out of their cars/walk by and take pictures, people would honk as they drove by and neighbors stopped by to thank us for showing our patriotism.”

Bain said the flag appears to be the biggest residential American flag in Arlington, at least as far as she is aware. She added that the flag is still up but it will probably be taken down later this week.