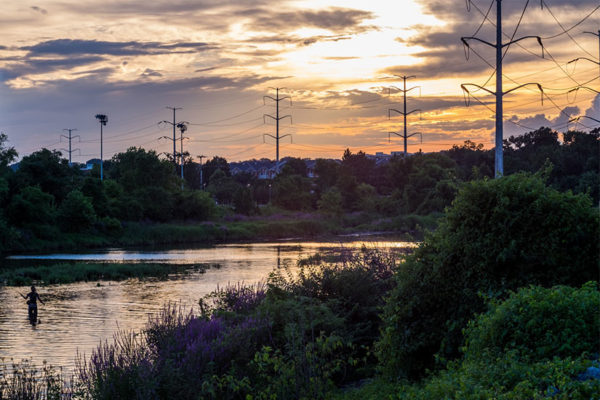 Yorktown Neighborhood Profiled — Schools and a sense of community are two of the biggest attraction to the north Arlington neighborhood of Yorktown. Safety is another plus: there were no burglaries or robberies reported in the neighborhood in the past 12 years. [Washington Post]

County Still Seeking Private Money for Aquatics Center — Arlington County is still looking for private partners and sponsorships before moving forward on construction of the Long Bridge Park aquatics center. It’s unclear if additional private money would be used to expand the center or reduce the estimated $40-44 million in taxpayer funding. Even without additional money, park bonds already approved by voters are expected to fully fund construction. [InsideNova]

Rosslyn Metro Express Guy Featured — The Express newspaper distributor who works at the Rosslyn Metro station was featured in a “happy news” video on the Facebook page of Seattle television station KING. [Facebook]