Grant Leonard’s path to his own firm began after his boss fired him from a marketing associate job at a defense contractor.

Poor performance wasn’t his problem. Rather, ATA president Scott Berg thought Leonard had the talent to run his own business.

In 2015, his former boss and current mentor helped Leonard start The Grant Leonard Group, an Arlington-based startup that provides social media and marketing support to businesses in the D.C. area.

After joining his mentor at several business meetings with entrepreneurs and investors, Leonard realized startups were in need of an affordable way to maintain their social media presence. 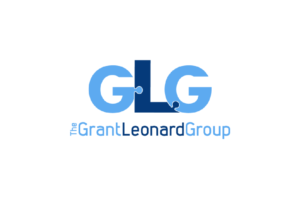 “We saw these two pretty familiar and consistent concerns about social media,” Leonard said. “There were a lot of startups that wanted to do social media, but they didn’t have the time or resources to do it themselves. You think of a startup founder, he’s busy building his business. He’s working 80-100 hours a week and the last thing on his mind usually is what he’s posting on Facebook.”

The other issue he found was that the price it would take for a startup to have a full-time social media presence would be difficult to include in the budget.

“These folks that wanted to do it, but couldn’t do it themselves, didn’t have the budget or the need to hire a full-time employee or an established marketing agency, where it can run a company in overhead anywhere from $3-5,000 a month and up from there,” he said. “So we said, ‘OK, there’s a need for a social media startup for startups.'”

The Grant Leonard Group charges a standard fee of $995 per month, providing customizable social media based on the needs of the each of its clients. The firm primarily focuses on Twitter, Facebook and LinkedIn. But it also can help companies with other social media platforms such as Instagram and YouTube, along with blogs and newsletters.

Leonard directly works with the businesses to develop a social media strategy, planning a month-by-month implementation strategy to ensure the effectiveness of their social media.

“At this point, an investment in the Grant Leonard Group is an investment in Grant Leonard where I’m doing 100 percent of the strategic execution, and then I execute it on a day-to-day basis,” Leonard said. “We always say, ‘If you want to go off to the Caribbean and just cut off completely from the world, rest assured that you know your social media platforms are taken care of and secure with us.'”

The Grant Leonard Group currently works with 17 businesses including MakeOffices, which provides co-working space in Clarendon to the firm.

“We’re not reinventing the social media wheel,” Leonard said. “The wheel’s there, it works. There’s no need to reinvent the wheel but what we need to reinvent and innovate is how people access that wheel, how people leverage that wheel. We’re offering a level of service that’s few and far between from what we’ve seen.”