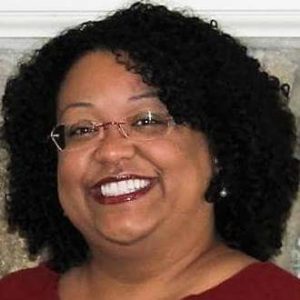 At a time of increasing partisanship, we see people from across the political spectrum coming together to promote the re-entry of individuals into society after incarceration. Assisting individuals to re-enter society after their release from incarceration in a responsible way reduces recidivism and thereby makes us all safer.

Our organization, Offender Aid and Restoration of Arlington County, Inc. (OAR), was established in 1974 by a group of Arlington women who volunteered in jails and saw a need for ongoing support of individuals incarcerated and being released who remained largely ignored and forgotten by society.

We hope to remove needless obstacles to the success of individuals impacted by the criminal justice system.

Did you know, for example, that when individuals return home from incarceration they are unable to get back their driver’s license until they pay all court fines, costs and restitution in full, or establish a payment plan with the court? That means that many individuals in Arlington are trying to put their lives back on track, including finding a job, without having a driver’s license.

Hundreds of the participants coming to OAR owe thousands of dollars in court fees and fines. Every time they have gone to court, they are assessed a fee. It is not unusual for a participant to owe $10,000 or more. With a job, they could approach the Court and create a payment plan. However, getting a job without a driver’s license makes coming home and staying out of trouble that much more difficult.

While inside jail and prison, the unpaid fines and costs accrue at an interest rate of 6% a year, which continues accruing until paid. If a person owes fines and costs to multiple courts (not unusual in Northern Virginia), each Court’s judgment must be satisfied or each Court must agree to the establishment of a payment plan.

In fiscal year 2012, 401,504 suspension orders were issued by the Virginia Department of Motor Vehicles. Of those, approximately 37% (over one-third) were for unpaid fines and costs, which constitutes the single largest cause of license suspensions.

The Supreme Court of Virginia reports that in fiscal year 2012 over $352 million in fines and costs were assessed but that over $164 million were uncollected. This suggests that the use of license suspension as a collection method may in fact adversely affect the ability to collect unpaid fines and costs; as such suspensions may limit a person’s ability to obtain or retain employment and, therefore, the ability to pay.

One OAR participant came out of the Virginia prison system three years ago with every possible certification in horticulture. When no one would hire her in spite of outstanding credentials, she started her own landscaping business.

However, with no driver’s license, she had to take Metro and the bus, with her tools, to get to job sites. She was able to buy a scooter and started looking for a trailer she could pull with the scooter. Finally, the judge agreed to give her a driver’s license limited to use on the job.

Today, while working full-time and continuing her landscaping business part-time, she is not only paying back the fines, she is hiring others with similar backgrounds who are able to pay their fines as well as taxes.

Think of those living in rural areas and even areas in Arlington with limited public transportation. Their chances of securing employment are reduced considerably when they cannot be at work at odd hours or on-call because they have no transportation.

The recent report from the Governor’s Commission on Parole Review recommended a change in the state law to allow individuals to have their driver’s licenses reinstated prior to completing all payments of court fines and court costs. The Commission members understood that there is no need to make it harder for those coming home to find employment, pay their fines, contribute their gifts to the community, and get on with their lives.

We hope that Arlingtonians will feel inspired to encourage the General Assembly to adopt this vitally important change in law.

Elizabeth Jones Valderrama is the Executive Director of Offender Aid and Restoration (OAR), serving Arlington County and the Cities of Alexandria and Falls Church, and has been on the OAR team for over 11 years.  Born in Costa Rica, she relocated to Arlington in 1989. Elizabeth holds a BA in Spanish and Latin American Studies from the University of Virginia and has a Master’s Degree in Organizational Management. She is a 2009 graduate of Leadership Arlington and was honored as one of its 40 under 40 Emerging Leaders inaugural class.