Thanks to an alert citizen and some quick action, Arlington County Police were able to apprehend a would-be burglar near Shirlington early Monday morning.

Police say a 20-year-old man was arrested after smashing a window at a store on the 4000 block of S. Four Mile Run Drive, then fleeing when a witness spotted him in the act.

BREAKING & ENTERING, 160808005, 4000 block of S. Four Mile Run Drive. At approximately 4:00 a.m. on August 8, officers were dispatched to the report of a suspicious person. A witness observed a suspect smash a window to a store and then flee when he saw the witness. Responding officers located and apprehended the suspect in the area. Duwan Marquise Terry, 20, of Arlington VA, was arrested and charged with breaking & entering and burglary. He is being held on no bond.

The crime report highlights from the past week, after the jump.

ROBBERY, 160806021, 1200 block of S. Joyce Street. At approximately 9:50 a.m. on August 6, police responded to the report of a female who was just assaulted by a known subject. Upon investigation, it was learned that the subject assaulted the victim and then stole her cellphone. Officers apprehended the subject shortly after. Antoine Darnell Nicholson, 26, of Arlington VA, was arrested and charged with assault and battery and robbery. He is being held without bond.

UNLAWFUL WOUNDING, 160805008, 3100 block of Wilson Boulevard. At approximately 2:00 a.m. on August 5, officers were dispatched to the report of a fight in a restaurant. Following a verbal altercation, a male victim was struck in the face by the suspect. Abdul-Lawal Desina Azeez, 34, of Alexandria VA, was arrested and charged with malicious wounding and assault. He is being held without bond.

GRAND LARCENY AUTO (significant), 160804038, 2400 block of S. Shirlington Road. At approximately 4:30 p.m. on August 4, police were dispatched to the report of a fight. The investigation revealed that the victim and suspect got into an argument that escalated into a physical fight. During the fight, the male suspect took off his belt and began hitting the female victim with it. The victim broke a beer bottle and slashed the victim’s hand. The suspect then stole the victim’s moped that was parked and fled. The suspect struck a vehicle during his escape, and continued to flee on foot. The suspect was later apprehended in the area and taken into custody. Gregory Donnell Graham, 46, of Arlington VA, was arrested and charged with assault and battery, grand larceny (Auto), and hit and run.

ATTEMPTED ROBBERY, 160803021, 2700 block of S. Arlington Mill Drive. At approximately 12:36 p.m. on August 3, a male subject asked a male victim for money and then assaulted him. The subject threw the victims phone to the ground causing it to shatter. Aikeem Turner, 26, of no fixed address, was arrested and charged with attempted robbery, assault and battery, and destruction of property. He is being held without bond.

SEXUAL BATTERY, 160802053, 500 block of N. Piedmont Street. At approximately 10:43 p.m. on August 2, an unknown male subject approached a female victim and grabbed her buttocks. The suspect fled the scene prior to officers arrival. The suspect is described as a black male in his twenties, approximately 5’10” tall and weighed 160 lbs. He was wearing black slacks, black shoes, a black shirt, and a black hat with a yellow patch.

POSSESSION OF BURGLARIOUS TOOLS, 160803002, 1800 block of S. Jefferson Davis Highway. At approximately 12:30 a.m. on August 3, officers responded to the report of a subject trespassing in a vehicle. Upon arrival, officers located the suspect who was in possession of several credit cards and burglarious tools. Isaiah Jeremiah Bishop, 19, of no fixed address was arrested and charged with Credit Card Theft, Credit Card, Fraud, Grand Larceny, Possession of Burglarious, Petit Larceny, and Vehicle Trespassing. He is being held without bond.

LARCENY FROM AUTO, 160703006, 1400 block of N. Mckinley Road. At approximately 2:00 a.m. officers were dispatched to the report of a larceny from auto. Witnesses observed a male subject removing items from three vehicles. The subject fled the scene prior to officers arrival. The subject is described as a white male, wearing a white shirt, shorts, white sneakers, and a backpack.

Vast, a rentable fitness and wellness space, is set to open in Clarendon this weekend. The unique co-working concept is preparing for its grand opening at 3240 Wilson Blvd, in…

Tech Startup Moving to Ballston — “MarginEdge Co., a local tech startup with a restaurant management platform, is now reserving more headquarters space for itself. The 7-year-old company is shifting…

(Updated at 11:30 p.m.) Police are on scene of a reported shooting in Arlington’s Green Valley neighborhood. Initial reports suggest that a man was shot in the arm and chest… 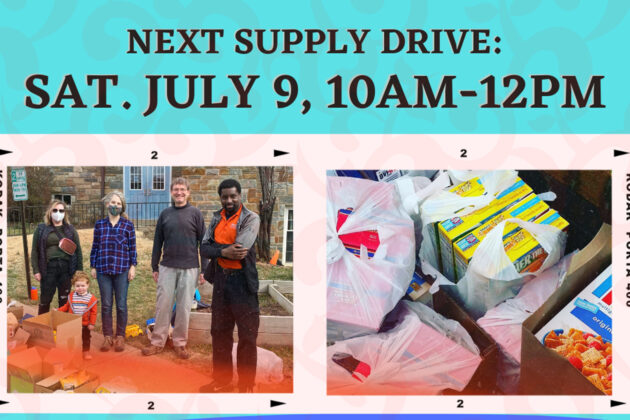 Clarendon Presbyterian Church’s monthly supply drive for Bridges to Independence and New Hope Housing has been going for 2 years. Currently, food and personal supply insecurity is growing as prices have gone up at grocery stores, gas stations and nearly everywhere else. We are asking our neighbors to help out our neighbors in need.

Questions or to help this month or next? Email [email protected]/Check www.clarendonpresbyterian.org for changes. Thank you!

Is home ownership a goal of yours in 2022? Now is the time to make it happen! Grab a (virtual) drink with the area’s top Real Estate experts, learn all about the home buying process and on how you can get $1,500 towards your closing costs immediately!

Did you know the average Arlington renter will spend $150K in 5 years of renting? Stop paying down someone else’s mortgage! Join us for a Rent vs. Buy Happy Hour on Wednesday, July 13 at 6 p.m. via Zoom.

A lot has happened in the local market since the beginning of the pandemic. Sip on your drink of choice and learn from Northern Virginia, Arlington and Washingtonian Magazines top producing agents! We will discuss the latest market updates, the home buying process and rent vs. buy cost savings. Please RSVP by clicking here.

Join AAC for a reception to celebrate our summer exhibitions and enjoy open studios with our resident artists!

A Journey Not Soon Forgotten, organized by guest curator Thomas F. James, opens in the main floor and lower level galleries. The

What can the arts of China and Japan tell us about the societies and histories of those countries – their ideals, aspirations, and traumas, past and present? Join Ruth Kurzbauer and Carol Morland as they delve into these questions.
With

More Stories
SNL Legend Darrell Hammond to Perform in ArlingtonAsk Eli: The Definition of a Bedroom