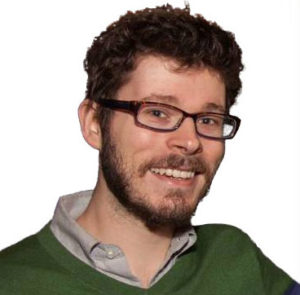 A little over a month since its blockbuster launch, Arlingtonians have probably seen the massive crowds of people engaging in the latest summer trend — Pokémon Go.

Now the most popular mobile game in history, Pokémon Go encourages players and their friends to venture into community parks and open spaces to capture the 151 Pokémon that became a global craze in the mid-1990s.

There’s a massive thread on Reddit’s Northern Virginia board sharing the best locations for catching Pokémon, battling other players in “gyms”, and meeting up for conversations and Happy Hours. It’s difficult to visit a local park — or even walk Wilson Boulevard — without encountering hundreds of eager players striving to be the very best.

But Pokémon Go may be more than just a mobile game. It’s also an opportunity for Arlington County officials to engage a tough-to-reach demographic on an issue that is often not at the forefront of their attention: community parks.

Look around a County Board meeting or any meeting of parks advocates and you likely won’t see many Millennials. Discussions about projects like the Long Bridge Park Aquatic Center largely target other demographics. But with the surge in youth utilization of parks after Pokémon Go’s release, younger Arlingtonians may be primed to think about parks as their concern.

There’s evidence that Arlington’s Pokémon Go players are increasingly conscious of the greenspace and public land that makes up the game’s field of play. I reached out to several players hunting Pokémon in stop-rich Clarendon and along Columbia Pike for their experiences playing in Arlington.

“It’s brilliant seeing parks that used to have three or four people and their dogs now have four or five times as many Pokémon fans using them,” a level 33 player who goes by Fulliautomatix, said. “The game has spurred a greater connection — a real connection — between folks in the neighborhood and the parks in the community.”

There’s merit to Fulliautomatix’s sentiment. A casual tour of Pokémon gyms and stops in Arlington shows a diverse collection of ages, races and genders swapping stories from the hunt and commending the accessibility and safety of Arlington parks. Nationally, Pokémon Go also received commendations for bringing players with Asperger’s and other social disorders into their communities.

Pokémon Go has mobilized a broad demographic of players who previously paid little attention to dry debates about Arlington parks. It’s a unique opportunity for the Arlington County Board, Parks and Recreation Commission, and County staff to develop and promote entertaining and educational events and programming targeting an often overlooked audience of young Arlingtonians who during this time are much more aware of and more likely to use community greenspace.

They wouldn’t be alone in such a response. Nationally, the National Parks Service has leaned into the Pokémon Go craze by urging rangers to engage tourists visiting national forests and monuments. Last month, Fairfax County hosted a community “Pokethon” that combined neighborhood walks with discussions of safety and the importance of maintaining community spaces. Hundreds turned out.

“I don’t know if I cared about parks around here as much before Pokémon Go,” level 24 player LiteraryCritic said between captures at Windy Run Park last weekend. “I went on the Parks and Rec website to find good spots, and actually found a lot of things I’d get involved with.”

Pokémon Go may be a summer trend destined to fade. But its growth shows no signs of slowing, and the enthusiasm of its players shouldn’t be overlooked by County officials. Engaging even a fraction of active players in Arlington County would represent an incredible change in the community audience engaged on greenspace issues.

And it’s the kind of tech-forward experiment in civic engagement that could encourage more Millennials to participate in County processes and make a long-term commitment to involvement in their community. We’ve already heard multiple County Board members — including new members Katie Cristol and Christian Dorsey — urge innovation in County outreach to Millennials. Here’s a tailor-made opportunity. Piggybacking discussions of community greenspace onto a mobile game may seem like an unorthodox method to start public policy conversations, but if creating new support for parks and park resources are a priority for Arlington County, it’s an attempt worth pursuing.

Max Burns is the Chair of the Democratic Party of Virginia Technology Working Group. He is also a former President of the Arlington Young Democrats.