Cybersecurity breaches cost companies billions of dollars each year, and according to research from IBM Security, the vast majority involve human error. Security training is the best way to combat such errors, but getting employees excited about cybersecurity can be a challenge.

“Like a great many businesses, Ataata was born out of a simple question,” said Michael Madon, CEO of the Arlington company. “After sitting through another series of security awareness training courses for my job, I wondered, ‘Why does security training have to be so long and boring?'”

“I realized that security awareness training doesn’t have to be miserable,” Madon added.

The name Ataata is a Maori word meaning “video” — and that’s just what the company offers. Ataata’s interactive security awareness videos are available through a data-driven online and mobile platform. The videos work with computers, smart phones and tablets, meeting employees on whatever device they use.

All industries are vulnerable to human error, but Madon said Ataata “is the antidote to human error” because it gives employees incentive to care about cybersecurity.

“Through innovative approaches to increasing employee engagement, Ataata will set the standard for awareness training and dramatically reduce risks of cyber breaches caused by human error while significantly lowering training and clean-up costs,” Madon said. “We do this through employing an interactive, gamified and data-driven training platform offering our clients an analytic engine that transforms engagement data into actionable information — replacing guess work with deep understanding.” 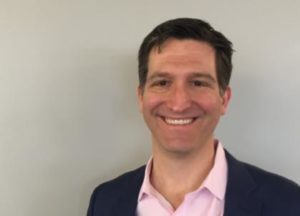 Madon added, “we believe to maximize engagement, the experience should be compelling, informative, participatory [and] applicable. To that end, Ataata creates and curates interactive videos to boost engagement.”

Just six months after launching, Ataata announced in late June that it closed its series seed preferred founding round led by ARRA Capital with participation from additional investors. Moving forward, the company plans to use funds to drive ongoing creative and technology development and bring its “best-in-class” proprietary content and software to market.

And how did Ataata end up in Arlington? “Arlington chose me,” Madon said.

Madon was a founding member of Crystal City-based 1776, a global incubator and seed fund. He was looking for a space outside the District with a more cyber focus, and Arlington was an obvious choice.