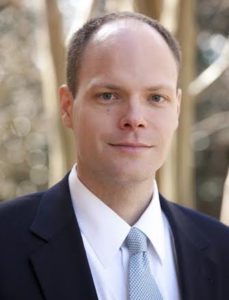 Arlington can, and sometimes does, play an outsized role in the politics and governance of our Commonwealth and nation – given the number of people in high levels of government and politics who live here. Yet many in our state and around the country live far different lives than we do. And the despair and anger they feel cannot and should not be ignored.

In that regard, J.D Vance, a former Marine and graduate of Yale Law School, has written an essential book on America’s political culture in 2016. “Hillbilly Elegy: A Memoir of Family and a Culture in Crisis” is an autobiographical account of growing up in the Rust Belt. The book has spent the last six weeks on the New York Times Best Sellers list. It has garnered acclaim across the political spectrum: Fareed Zakaria of CNN and The Washington Post, David Brooks of The New York Times and PBS, and American Conservative‘s Rod Dreher have all praised Vance’s writing and perspective on this moment in our history.

Mr. Vance self identifies as a hillbilly and does so proudly. He recounts his story, from fighting to defend his family’s honor as a 6-year old, to countless father figures entering and exiting his life, to a mother trapped in a cycle of drug addiction and dependency. But Vance also praises the foundations that led to his success, including the powerful and stabilizing influence of his grandmother (Mamaw) and his service in the Marine Corps.

Perhaps the most impressive aspect of Vance’s writing is his honesty. He bluntly captures the despair of his community. Many of the people Vance grew up with no longer believe in the opportunity for positive change and upward mobility. They believe the American Dream has passed their part of the country by, migrating permanently to the Acela Corridor and West Coast.

Vance also views the core fabric of American society as fractured. His culture has no heroes — certainly not in politics, but not even in the military. He laments the loss of common purpose that followed World War II and recounts how “after seventy years, filled with marriage, children, grandchildren, death, poverty and triumph, the thing about which Mamaw was unquestionably the proudest and most excited was that she and her family did their part during World War II.”

Vance found his way out of the cycle of despair when he enlisted in the Marine Corps two years after Sept. 11. His four-year tour included a deployment to Iraq and an assignment working in Public Affairs at Marine Corps Air Station Cherry Point.

Both were important and formative experiences, but it was his experience at Cherry Point which stands out in the memoir. As a young Marine, he was assigned the significant responsibility of serving as the media relations officer for one of the largest Marine Corps bases on the East Coast. He started slowly, but quickly learned to do the job very well. Eventually he earned a commendation medal for his efforts and built the foundation of confidence necessary for his future successes.

The issues facing Vance’s self-described, hillbilly demographic are real. From economic stagnation to opioid addiction, these issues require effective action by our elected leaders and public officials at all levels of government. Across the political spectrum, these issues deserve attention, not dismissal or condescension. If we want to move our country forward, we must acknowledge the diversity of perspectives and ideas we hold as individuals – not just based on race, ethnicity, gender, sexual orientation, faith, and national origin, but also by geography and economic circumstance.

Hillbilly Elegy is a story of our divided politics. It is a book that is both honest and sympathetic, with the goal of educating both liberals and conservatives about topics that have not received sufficient attention from the political establishment and require creative and sensible solutions rather than appeals to darker and more desperate instincts.

Will reading this book solve the serious issues facing Vance’s hometown and the people who live in other Rust Belt communities? No, it will not. But it is a story that people across the political spectrum would be wise to hear, and will hopefully be one that starts many conversations in Arlington and beyond.

Paul Holland is a lifelong Arlingtonian who lives in Waverly Hills with his wife and two children. He has long been active in Arlington civic life and currently serves as Vice Chair of the Fiscal Affairs Advisory Commission.