The harvest period for hops in the Pacific Northwest happens to coincide with the end of Summer and beginning of Fall. As rows and rows of bines — that’s what hops grow on, though they resemble vines — fill out with bright green leaves and hop cones, farmers reap what they sowed. Most hops are processed in a kiln to dry them and keep their valuable oils stable. A certain portion of hops are shipped directly to breweries so they can use them to make “fresh hop,” “wet hop” or “harvest” (though there can be confusion between a fresh hop “harvest” beer and a brown ale called a “harvest” beer) beers.

Fresh hop beers can only be made during and immediately following the hop harvest as the wet hops (they are literally wet with moisture and fresh hop oils) have a short life span if they are not dried. The oils risk spoiling and worse, the moisture can lead to rot. Before long all those lovely, fresh hops are garbage. That’s why fresh hop beers are so special. That’s also why Fall is truly the one seasonal period for craft beer that cannot be superseded by seasonal creep. A fresh hop beer cannot be made before its time.

Thomas Cizauskas gave me the idea in a comment on my last column. He inquired about whether I had any favorite fresh hop beers that are limited to Fall. Since that article was about my faves up to that column’s release, I couldn’t say. There just weren’t any fresh hop beers available to me.

As it is, I had to cross the Potomac to Dominion Wine & Beer’s sister store, Downtown Crown Wine & Beer to find two locally brewed fresh hop beers. These beers represent another aspect of the fresh hop category: the appeal to locavores. Both are made using only locally harvested hops, while one even uses locally sourced grain and honey. 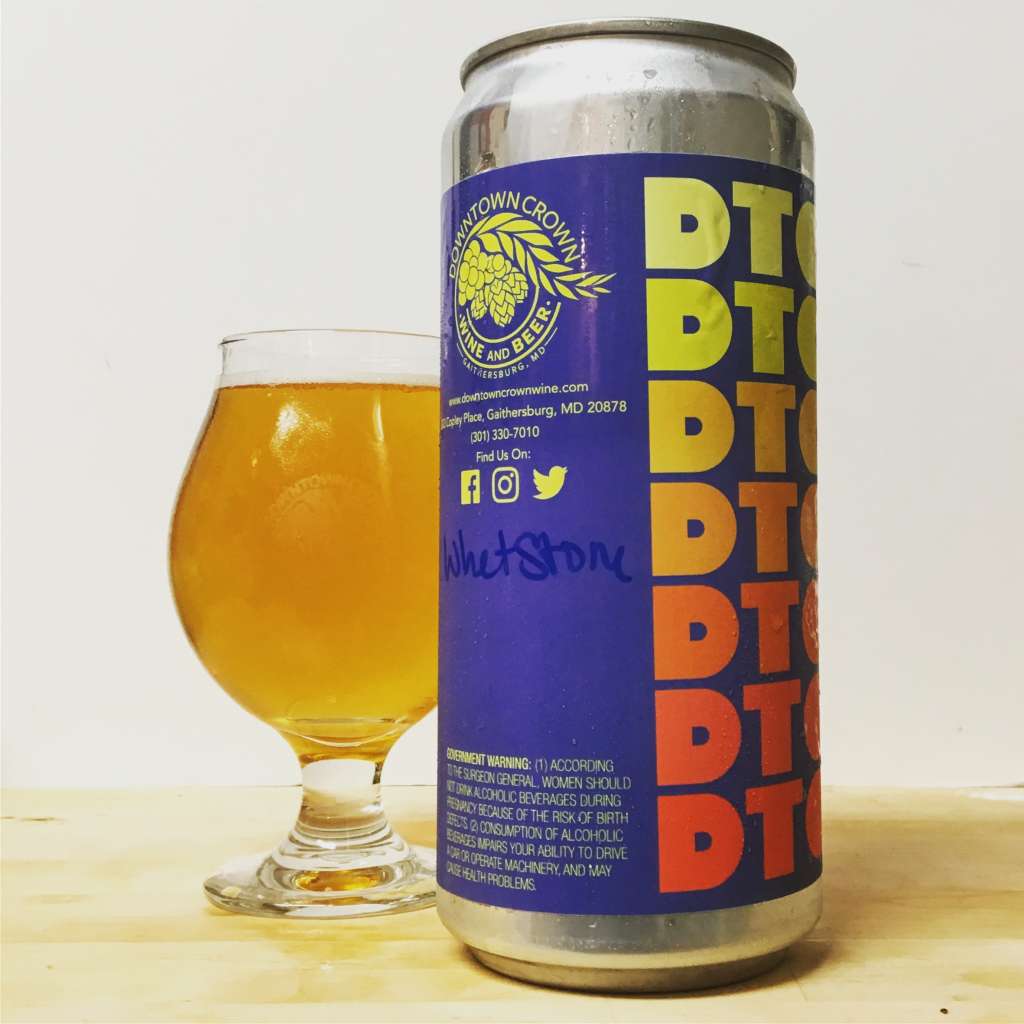 Located in Laytonsville, MD, Waredaca is designated as a farm brewery, which means that they include at least one ingredient grown on the farm. Established on the Waredaca farm, the brewery brews small batches of draft-only beer. Their Whetstone is a fresh hop beer that is made with Cascade and Chinook hops from their farm and a Maryland hop farm, Pleasant Valley. The result is a beer that smells of biscuit with an earthy overtone and a hint of pear. The sip is light-bodied with a subtle hop fruitiness that gives way to hints of pine. While there’s a bitterness in the finish, it’s very light. As it warms, the green grass that can be a hallmark of fresh hop beers begins to come out in the flavor. Subtle is THE word with this style and certainly this beer, too. 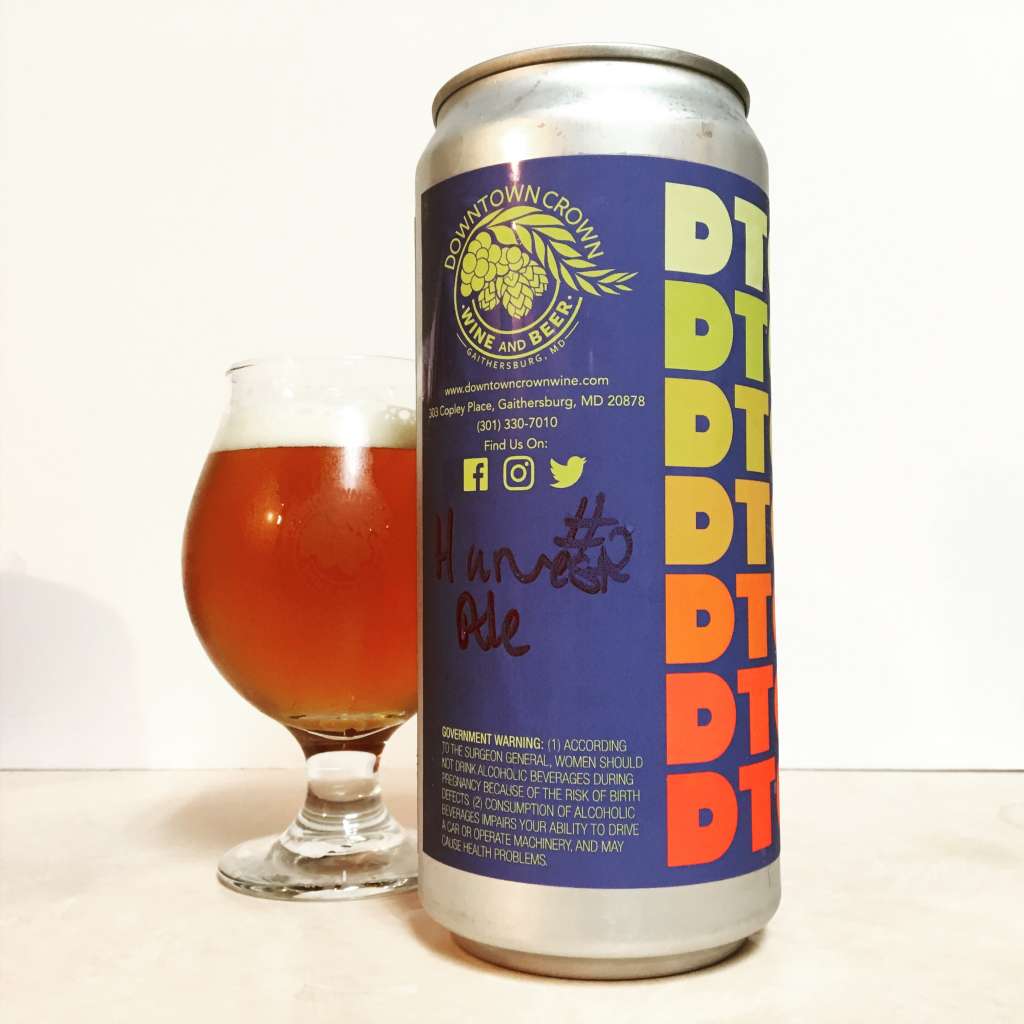 Oliver Brewing Company started in 1993 with a focus on traditional English style beers. Since then, they have expanded from the basement of a brew pub to their current location and began to can their flagship beers. They still brew smaller batches of special beers, like Harvest, that are only available on draft. I had actually just sampled this fresh hop beer at the Ale House of Columbia days before grabbing my Crowler from Downtown Crown. Oliver’s fresh hop ale is more of an amber ale that gives off a delightful scent blending honeycomb, Nilla wafer and dark berries. Similar to the Whetstone, Harvest is light on the tongue. The flavor is more malt than hop flavor, though a hint of smoke appeared as my glass warmed. Oliver sourced its fresh hops from Black Locust Farms in Maryland, its grain from Copper Fox Distillery in Virginia and honey from Miller Bee Yards in Maryland.

These two beers aren’t merely entries in a brief annual release schedule, they are celebrations of local farming and economies. I set out to learn more and to share with you about a style that I knew existed, but hadn’t given much attention. I ended up finding a style that can be used to epitomize the concepts of #drinklocal and #shoplocal.

Check out Dominion Wine & Beer to see what fresh hop beers they have. These subtle beers are worth exploring now since the season for them will be gone before you know it. Cheers!