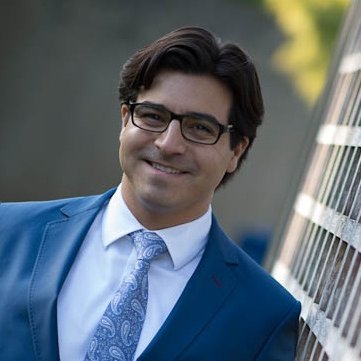 Last week we asked the two candidates for Congress in the Eighth District of Virginia to write a sub-750 word essay on why our readers should vote for them in the November 8 election.

Here is the unedited response from Republican candidate Charles Hernick:

I got into this race because I was frustrated with status quo politics. I expect more from my elected officials and I expect more from Congress. I’m not a millionaire career politician, I’m your neighbor. I have a proven track record of getting results for my clients and I would bring the same work ethic and resolve to Congress. My campaign has gained local, national, and international media attention because of my distinguished, multi-cultural background and my plans to:

Finally, I have proposed a market-based framework for addressing climate change that would link state and regional efforts through standardization. My proposal is the most actionable proposal by ANY candidate of ANY party in this election — Don Beyer has proposed a carbon tax that has gained ZERO traction in his first two years in Congress

If we haven’t met in person: I am an ecologist and economist. I have worked as a US Federal Government consultant across the United States and in over a dozen countries in Latin America and Africa. I grew up in a bilingual household and I am fluent in Spanish. I entered the workforce at the age of 15 cleaning hotel rooms. I worked my way through school and earned a B.S. in Ecology and an M.A. in International Relations. If we have met at the farmers market or at a neighborhood event you know that I’ve campaigned tirelessly in English and in Spanish in every part of our community.

I ask for your vote on Tuesday, November 8th. I have the experience and urgency to act. Let’s change the status quo — every vote counts.