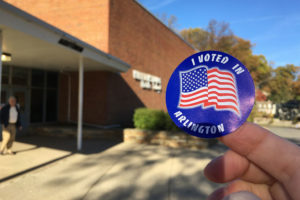 While we were discussing the election from an Arlington perspective, a political earthquake of epic proportions was underway.

As the night wore on, what seemed unfathomable — based on polls, pundits and everything else — slowly became reality: Donald J. Trump was elected as the next president of the United States of America.

Last night we asked local elected officials and others — and we’ll be asking again today — what this means, exactly, for Arlington and for Virginia, which in the end voted for Hillary Clinton.

In the meantime, as you’re waking up this morning to the final election results, which of the following best describes your mood?