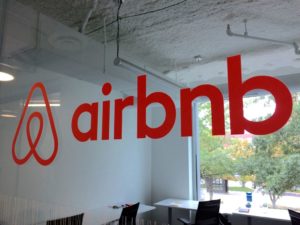 (Updated at 11:30 a.m.) The Arlington County Board on Saturday approved regulations on Airbnb and other short-term home rentals — a move cheered by Airbnb as “fair” and “progressive.”

Such rentals were previously prohibited by the county’s Zoning Ordinance, though that didn’t stop hundreds, if not thousands, of local residents from listing and renting their homes on Airbnb, Craigslist and other services.

Above the objections of Arlington Republicans, and a “no” vote by John Vihstadt, four of the five County Board members voted to approve regulations that legalize Airbnb rentals while enacting certain restrictions.

Among the restrictions, per a county press release:

“Like other jurisdictions, Arlington is adapting to the rise of the sharing economy,” Arlington County Board Chair Libby Garvey said in a statement. “The extensive input we received about short-term rentals throughout this engagement process was essential to help shape new regulations… Today’s decision will help promote positive and safe experiences for renters, rental owners and their neighbors.”

In response to feedback at Saturday’s meeting, next month the Board will go back and consider allowing renters, not just owners, to rent their residences on Airbnb and similar services. The Board will also reconsider a restriction it approved specifying no more than one rental contract at a time for any given residence.

Airbnb cheered what it described as “the first D.C. area municipality to pass an ordinance creating fair rules for middle class residents and families to continue sharing their homes.”

“Today, the Arlington County Board voted to protect the rights of citizens to share their home and earn extra income to make ends meet,” the company said in a statement emailed to ARLnow.com Saturday.

“Airbnb is proud to have worked with the County Board to improve the previously restrictive proposal and create smart, progressive regulations around home sharing in Arlington County,” the statement continued. “We look forward to using this ordnance as a model for shaping sensible home sharing guidelines across the Commonwealth of Virginia and the entire Washington, D.C metropolitan area.”

Earlier this year the Virginia General Assembly passed a bill legalizing Airbnb statewide, superseding any potential local restrictions, but the bill was sent for a year of further study before Gov. Terry McAuliffe considers signing it. In passing its ordinance, Arlington County beat the state to the punch.

It was partially because of the speedy process that Vihstadt said he voted no. He proposed, unsuccessfully, that the Board’s vote be deferred until January.

“I still have some serious reservations about what is before us today,” he said. “I’m still concerned that it is too rushed, I’m concerned that it overreached in several respects while leaving other issues inadequately addressed, and I believe that it fails to some degree to recognize the realities of the sharing economy where consumers are empowered as never before, which calls for I think a much more flexible, lighter hand of government.”

Board member Katie Cristol voted for the regulations, but spoke in support of allowing renters to rent their property.

“Long term renters are contributing to our neighborhood,” she said, “and should have the same opportunity to take advantage of this additional income.”

At least one resident who spoke at the meeting, however, said the regulations were not restrictive enough.

“I have serious misgivings on the legalization of short-term Airbnb-style rentals, especially the lax permitting proposals by the county,” said Charles Hughes.”People choose to live in these neighborhoods and remain because of the feelings of neighborliness. Allowing homes and neighborhoods to turn into businesses will change the nature and character of our neighborhood.”

The new regulations will take effect on Dec. 31. Homeowners will have to apply for an “accessory homestay permit,” proving that they own and reside in the property in question, though so far there is no fee associated with the permit.