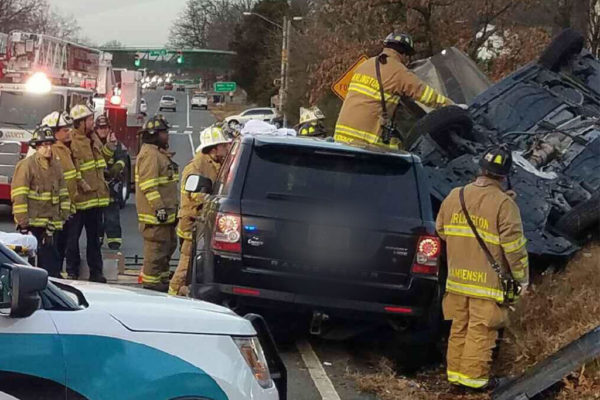 (Updated at 12:30 p.m.) A crash involving at least two vehicles, including one that rolled over on its roof, closed westbound Route 50 for part of the morning commute.

The crash was reported around 7:30 a.m. at the intersection with Irving Street.

One person had to be extricated from the rolled-over vehicle. That individual, an adult male, was transported to the trauma center at George Washington University Hospital with non-life-threatening injuries, said Arlington County Police spokeswoman Ashley Savage.

From the Arlington County police and fire departments, via Twitter:

#Update: Patient has been extricated from the vehicle. WB 50 remains shut down at Fillmore St. Follow @ArlingtonVaPD detour.

UPDATE: All WB lanes of Route 50 have reopened. https://t.co/oXK0y0Sc7F