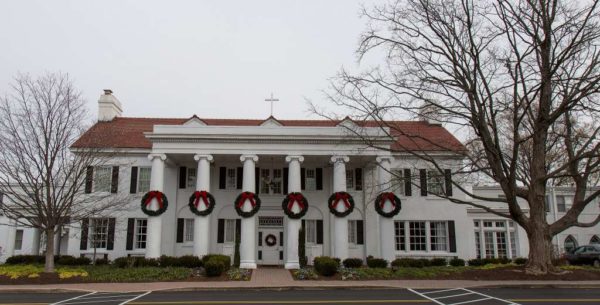 Same-Sex Marriage Rate Falls — So far in 2016, only 1.9 percent of the more than 3,600 marriage licenses issued by the Arlington Circuit Court were issued to same-sex couples. That compares to 5.3 percent from June to December 2015, after the U.S. Supreme Court legalized same-sex marriage nationally. The first same-sex marriage in Arlington took place in Oct. 2014. [InsideNova]

Morning Rush Hour Crash on I-395 — Several lanes of northbound I-395 were blocked near Shirlington Circle this morning due to a crash. [Twitter]

Arlington Man Reunited With Trophy — Arlington resident Larry Funkhouser has been reunited with a high school baseball trophy he won 50 years ago but had since lost. Thanks to a post on the “I grew up in Arlington” Facebook page, the trophy was located at an antique shop in Purcellville and delivered to Funkhouser just in time for Christmas. [Fox 5]

Arlington’s Family Christmas Miracle — An Arlington couple’s two-year-old has become only the fifth child in the country to receive an auditory brainstem implant surgery. As a result of the procedure, which is in a clinical trial, the child, who was born deaf, can now hear. [WJLA]