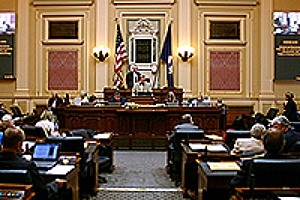 Arlington County’s delegation to the Virginia General Assembly will hold its annual public hearing to discuss with residents the legislative priorities for the new General Assembly session that begins on January 11.

The public hearing will be held on Thursday, January 5, in the Arlington County Board Room (2100 Clarendon Blvd., #300) from 6:30-8:30 p.m. Citizens can sign up on the night of the hearing to address the legislators. Each speaker will have up to three minutes.

“The direct participation of an active citizenry helps me represent the 30th District more effectively,” said Sen. Adam Ebbin. “I encourage and welcome all residents… to attend our delegation’s hearings.”

Some of the legislation on the 2017 roster that has been proposed by Arlington representatives includes:

END_OF_DOCUMENT_TOKEN_TO_BE_REPLACED

More Stories
Morning Poll: How and Where Are You Celebrating New Year’s?Arlington Pet of the Week: Henry