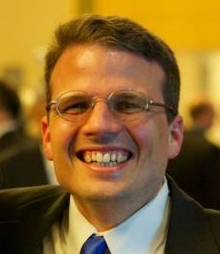 Democrats must be an effective, aggressive opposition party to President-Elect Trump. When President Obama was elected 8 years ago with nearly 10 million more votes than Senator McCain, in the face of the worst economic crisis in 80 years, Republicans settled on a strategy of total congressional opposition to his agenda.

When President Bush was elected 16 years ago, during a time of peace and prosperity, while losing the popular vote by 500,000 votes, dozens of Democratic legislators voted for Bush’s tax cuts and the war in Iraq.

Now President-Elect Trump will take office while losing the popular vote by nearly 3 million votes, what will Democrats do?

To me the answer is clear. We must resist, organize and try to win every elected office we can through 2020. It’s unfortunately more apparent than ever that playing nice in politics is dangerously naive.

But on every effort by the Republicans to push nominees and legislation that are contrary to the will of a majority of American voters, Democrats should place holds, filibuster and vote no. If Republicans are willing to pursue a radical conservative agenda based on a razor-thin victory in a few states that created an electoral majority for the President-Elect, we Democrats must resist.

Let’s make no mistake, Trump’s agenda is frightening: beginning a new nuclear arms race, mass deportations, a Muslim travel-ban, stripping away every regulation preventing runaway climate change and of course, massive tax cuts for billionaires. There’s no giving a President with these plans a pass, especially one who got a smaller percentage of the popular vote than Mitt Romney, who in turn lost decisively to President Obama.

Even on an issue where there would seem to be symmetry between the parties, like infrastructure spending, what Trump is proposing would harm more than help the country. As Bernie Sanders put it, “Trump’s plan to repair our infrastructure is a scam that gives massive tax breaks to large companies and billionaires.” It skimps on public investment and is a giveaway to proponents of projects that would have been built even without the tax cuts. Voting ‘no’ is the principled and politically advantageous position to take.

In 2004, when President Bush was re-elected, he bragged about earning political capital and intending to spend it on privatizing Social Security. Congress stopped him. Democrats in the minority were united in resistance, Republicans in the majority were divided, and Democrats won. Bush’s second-term agenda unraveled shortly thereafter. Once again, the specter of privatization of Social Security and now even Medicare, along with repeal of the Affordable Care Act haunts the land. Democrats need to be united in resistance to these privatization schemes.

In short, we need to focus on members of Congress, partner with other progressive groups, and advocate resistance to Trump’s agenda through attending town halls, district office meetings/sit-ins and coordinated calls.

You can meet one of the authors, at our Commonsense Commonwealth Rally with Leah Greenberg this Sunday at Mad Rose Tavern.

Arlington Democrats have already initiated action by taking a resolution against the repeal of the Affordable Care Act and Medicare.

Finally, we need to win elections at the state and local level. We can start now. In Virginia a new Governor will be elected this year. We have two great candidates — Lt Governor Ralph Northam and former Congressman Tom Perriello vying for the Democratic nomination. You can hear them both speak this Sunday at the Commonsense Commonwealth Rally.

For the New Year let’s resolve to resist and win.

Kip Malinosky is Chair of the Arlington County Democratic Committee. A different version of this column originally appeared in the ACDC Voice.