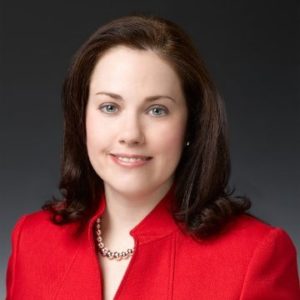 I have often questioned the effectiveness of marches. This confession might be surprising, coming from one of the organizers of the Arlington Democrats’ participation in the Women’s March on Washington. Marches can be large, fun affairs — but also somewhat unfocused. Even in their most focused form, marches by themselves rarely result in concrete change. They may succeed in sending a message to those in power, but the likelihood of future action based on that message seems low. So, why march?

In a word: inspiration.

While a march may have minimal relevance to a disinterested policymaker, it is deeply meaningful to its participants. To know that your outrage and frustration are shared, to see the many diverse faces of those who share it, and to find unexpectedly that you are emboldened to share your own views — no participant could walk away from an experience like the Women’s March without feeling moved and motivated. I certainly did not.

Capturing that sense of inspiration is critical to the future success of the Democratic Party, especially in non-presidential election years. Although multiple factors contributed to Hillary Clinton’s loss in November, a failure to inspire broad swaths of Americans surely was one of them.

It pains me to make this point, because I was profoundly inspired by such a well-qualified candidate who fought her heart out to break that highest of glass ceilings. I worked hard to elect her, and I met scores of volunteers who felt the same.

Still, it is undeniable that many others did not share that enthusiasm. The winning Obama coalition did not turn out in the same force, and a large portion of millennial voters stayed home. Lacking inspiration, these voters critical to Democratic victories opted for apathy — with devastating consequences for Democratic candidates and, ultimately, the country.

Rekindling Democrats’ foundering inspiration is no easy task. Inspiration is organic; it cannot be manufactured. Still, it can be encouraged and guided. President Trump proved this point on the campaign trail. Much of President Trump’s electoral success can be attributed to the fear that he inspired — fear of being left behind in the new digital economy or being marginalized in an increasingly diverse culture. These fears existed before President Trump’s candidacy, but his rhetoric amplified them and fueled his ascent.

Should the Democratic Party similarly seek to inspire based on fear? Certainly, there is much to fear in this new Trump era: inability to access lifesaving medicine without brokering bankruptcy; suppression of scientific information necessary for sound environmental stewardship; replacement of religious freedom with unconstitutional bans. And that was just the first week.

Democrats can find potential fear-based sources of inspiration at the state level too. In Virginia, only the veto power of our Democratic governor has saved us from the dramatic job loss and economic stagnation that would be wrought by needlessly divisive bills passed by our Republican-controlled General Assembly.

Our neighbors in North Carolina — home of the infamous “bathroom bill” (whose Virginia corollary was introduced this year) — have not been so fortunate. In 2017, a year when Virginians will elect a new governor, there is indeed much to fear in state politics. Democrats, in turn, should not be afraid to make this fear-based case. We should make it forcefully and loudly.

Yet, as a Democrat — as an American — I cannot advocate for an inspiration strategy based solely on fear. The American Dream is the product of an inherently optimistic people. Democrats must inspire with positivity as well.

The Women’s March, like this weekend’s immigration-related protests, did that wonderfully — but we cannot stop there. We must find other ways to inspire — in particular, ways that counteract the specific fears stoked by President Trump.

When he invokes fear in the new digital economy, for example, we must harness its promise. We can do so by engaging everyone, regardless of socioeconomic status, in that economy, such as through skills-based training and affordable access to broadband internet. Initiatives like these benefit both workers and employers, when communicated effectively.

Here in Arlington, we have a unique opportunity not only to generate inspirational ideas but to ensure that our Democrat-controlled local government implements them successfully.

Jill Caiazzo is senior counsel for government and regulatory affairs at a Fortune 50 technology company. She is a member of the Arlington Economic Development Commission and the Board of the Virginia Democratic Women’s Caucus. The views expressed are her own.