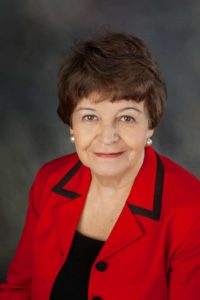 The Trump Administration’s words and actions regarding immigration and refugee ban have sparked fear in many communities across America, including Arlington County. They have also sparked broad discontent among Americans who believe, as I do, that the United States has been and IS a nation of immigrants — a land of opportunity where newcomers can, through hard work and perseverance, achieve better lives for themselves and their families.

But in today’s world, realizing the American Dream is becoming nearly impossible for our undocumented youth, our Dreamers. Instead of focusing on their education and the positive contributions they already bring to our nation, many immigrant and refugee families are now terrified that their hopes will be quashed and their hard work will have been for nothing.

Already we are hearing news of ICE raids in communities across Northern Virginia. These news reports do not even begin to describe the tragedy that is happening in our immigrant communities.

When you see a headline that says “ICE rounds up ‘illegal’ immigrants for deportation,” I want you to picture this: Picture a family that is working two or three jobs (jobs that other Americans do not wish to do); children who arrived here as toddlers or perhaps were eve born here and feel that this is their home; high school students who, like other young Americans, have dreams for the future – dreams of college, of marriage, of good jobs – paying back to society many times over the cost of their education.

Most importantly, I want you to picture your neighbors, for this tragedy is happening under your nose, to people who you cross paths with every day — to children who sit in the same classrooms and play in the same playgrounds as your children.

Currently public schools in Arlington serve students from 122 countries, including refugees from countries banned by President Trump’s executive order. Among those immigrant and refugee students enrolled in our schools are some exceptional students who add many positives to the school environment.

In light of this reality we founded the Dream Project Inc. in 2011 in order to raise money to fund college scholarships for Dreamers – young people who live in and contribute to our community but whose immigration status (or that of their parents) prevents them from benefiting from in-state tuition rates at Virginia colleges.

In 2016 we provided 76 such Dreamers with scholarships to allow them to pursue post-secondary education at 18 different universities.

One such student, Ola, came to the United States with her mother and sister after fleeing a dangerous political situation in Sudan. For Ola’s mother, who was raising her children alone, the last straw was when extremists in Sudan tried to force her daughters to undergo female circumcision.

Ola was behind in her studies but was able to enroll in a local high school to catch up. With the help of the Dream Project’s mentoring program and scholarships, Ola achieved academic success is now enrolled in a four-year university. As Ola told me, “My past is not a dark story – it is an engine that drives me to shoot for the stars.”

Under the new administration, major obstacles have arisen. Ola’s mother had an interview as part of her quest to gain political asylum; but asylum approval now have been placed on hold. As a result, Ola’s mother has lost her job. A family that had hoped their nightmare was behind them is now confronting new fears and anxieties. Ola continues to persevere with her studies at Marymount University. What possible benefit is served by denying someone like Ola an opportunity to pursue her dreams?

As I wrote at the beginning, many communities across America are feeling anxiety in the new political environment. I share their concerns and encourage all of you to join us in solidarity. Because only in solidarity will we be able to turn back the forces that have lost sight of what America truly stands for – as recognized by our iconic Statue of Liberty.

Dr. Emma Violand Sánchez is the founder and President of the Dream Project Board. She is a former chair of the Arlington School Board member and retired administrator. In January 2017 she was selected as a Washingtonian of the Year.