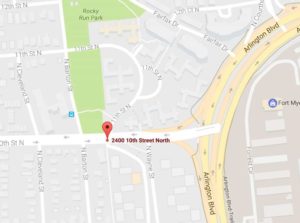 A person was struck by a car near the intersection of 10th Street N. and N. Barton Street, just before 9 p.m.

The victim was transported to the hospital with serious but non-life-threatening injuries, according to ACPD.

Police remained on scene for several hours to investigate the collision.