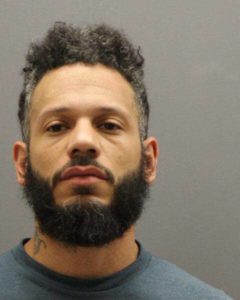 Police are still searching for Jason Allen Johnson, the suspect in the shooting death of a 23-year-old man at a house party in the Williamsburg neighborhood of Arlington.

Police say Johnson, 37, likely fled to Maryland after the Feb. 19 shooting. There’s no word on his current whereabouts, but detectives don’t think he’s in Arlington.

“Johnson is considered armed and dangerous,” she added. “Anyone who sees Johnson should not approach and contact 911 immediately.”