The FBI’s loss is Arlington real estate’s gain. Arlington’s award-winning Realtor Kevin Love could have followed in his father’s footsteps in the Bureau — “I know he would have liked one of his six children to join the bureau,” Love says–but Warren Love also encouraged his children to follow their passions and create their own path.

In 1985, as an economics major at George Mason University, Kevin Love started a career selling Arlington real estate. Along the way Love, a Top 1% of Realtors nationally, has collected accolades including Top 20 in Virginia for Re/max, induction to the Northern Virginia Association of Realtors’ Pioneer Club and Re/max’s Hall of Fame and Lifetime Achievement Award. He’s also one of the region’s first Realtors to earn the Senior Real Estate Specialist designation. 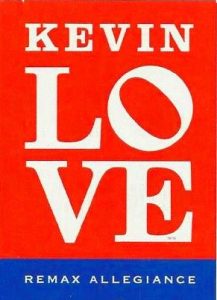 But accolades are secondary to Love, he says.

“The one thing I want my clients to know is that I care,” he says. “The happiness and well-being of my clients is my top priority.”

Key to that frictionless relationship is an “efficient and positive selling experience,” he says. With a wealth of experience preparing homes for sale and negotiating favorable transactions, he’s also upfront, reputable and honest, not to mention enthusiastic, still, after all these years.

These qualities show up in the statistics accumulated over three decades and more than 1,000 transactions:

His familiarity with Arlington had guided him to help in the community in various ways over the years. He says he derives “a unique satisfaction” in participation and commitment to community, particularly the “Feet on the Streets” community outreach program offered by the St. Augustine Catholic Church, where he also serves as an usher. He also supports the Children’s Miracle network of Re/max and he volunteers for various fundraisers offered by the American Heart Association and the ALS Association and the Foundation for Life.

“If you like what you do, the job is half done,” FBI agent Warren Love told his children. Kevin Love clearly took that advice to heart.

The preceding was a business profile written by Buzz McClain and sponsored by Kevin Love.