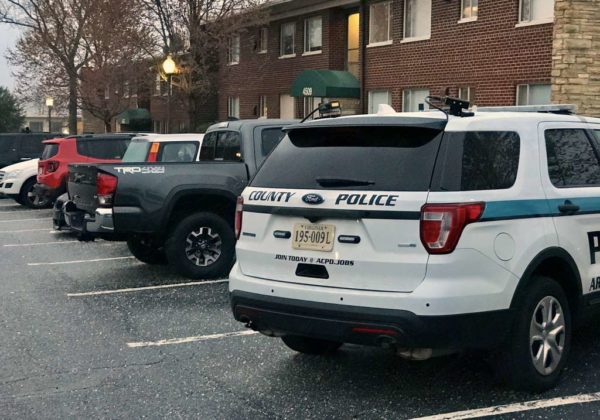 (Updated at 9:40 p.m.) Police responded to a home invasion robbery on the 4500 block of 31st Street S., between Shirlington and Fairlington, Tuesday evening.

Initial reports suggest a group of people armed with at least one gun broke into an apartment, possibly pistol whipped one of the occupants and stole some items. They then reportedly fled the in two cars.

Just prior to 5:30 p.m., police were dispatched to the 4500 block of S. 31st Street for the report of a robbery. The investigation revealed that four suspects forced entry into a residence, brandished a firearm and stole items of value. The suspects then fled the area. The investigation is ongoing. Police do not believe there is a larger threat to the public. Anyone with information on this incident is asked to call Arlington County Police.