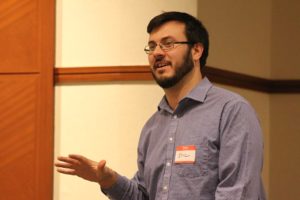 Rules around the units, sometimes called a “mother-in-law suite” — a second home with a kitchen, bathroom and separate entrance on a single-family lot — were approved less than a decade ago after much local debate. But in the interim, few new units have been approved.

Eric Brescia, a member of the County Housing Commission and the Arlington County Republican Committee’s policy director, said there are too many “poison pills” preventing further approvals.

If regulations are relaxed and more units come online, however, affordability could improve, he said. Brescia discussed his views on affordable housing at the monthly meeting of the Arlington GOP on Wednesday night. 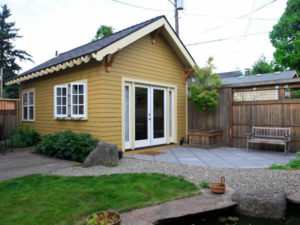 “I’m of the view that finding places we allow units to be built is a free market solution,” he said.

Brescia added that county staff is “playing around” with a different kind of zoning on Columbia Pike. Under the new zoning, a building would be required to occupy a certain amount of space, but the number of units contained within is not regulated.

That could allow more units to be built, as could the oft-discussed plans to turn vacant offices in Crystal City and other neighborhoods into micro-unit apartments. Brescia said discussions are continuing on that proposal.

And despite the strain on schools, roads and other infrastructure caused by more people moving into Arlington, Brescia said a balance must be struck.

“There most definitely is a trade-off and there is a stress on facilities,” he said. “But then you go to the other extreme in somewhere like San Francisco where they’re not building anything and it’s so expensive to live there.”