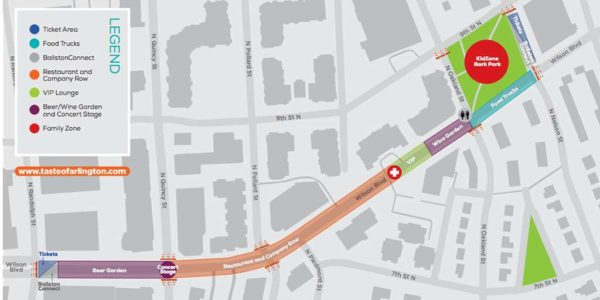 Previously a free event, attendees at this year’s festival on May 21 will need to pay $5-15 for admission ($5 is the current early bird price) then pay an additional $5 for each drink ticket and $1-5 for each taste, paid directly to the restaurant or food truck.

Tickets can be bought online or on the BallstonConnect mobile app before the festival, or in person on the day. Admission to the event’s Family Zone will be free.

Many restaurants and food trucks will accept cash and credit cards, although some may only take cash. A number of ATMs will be on site.

Previously, attendees had to buy a $30-40 book of tickets to sample the food at the various restaurant booths; now it’s a la carte. The drink ticket is $1-3 less expensive than an equivalent pour last year, a spokesman pointed out. 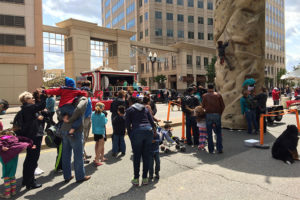 Also a change from previous years is the Family Zone, which will combine the once separate KidZone and BarkPark into one area at Oakland Park. Admission fees will be charged for both.

More than 50 restaurants, food trucks and chefs are expected to participate, including international cuisine.

Restaurants will compete in the “Best of the Best” food competition in the following categories: Best Appetizer, Best Brunch, Best Fast Casual Entrée, Best Fine Dining Entrée, Best Dessert and Fan Favorite. Winners will be announced at 5 p.m. on the main concert stage.

This year’s festival has also moved closer to the Virginia Square Metro station on Wilson Boulevard, and stretches along Wilson from N. Randolph Street to N. Nelson Street. It will last from noon to 6 p.m.

Among the musicians performing are His Dream Of Lions, Jeff From Accounting, Burnt Sienna and the Jack Diamond-Jim Steed Band.

Last year, Taste of Arlington raised $40,000 for BallstonGives, the charitable arm of the Ballston Business Improvement District, and the Arlington Food Assistance Center.