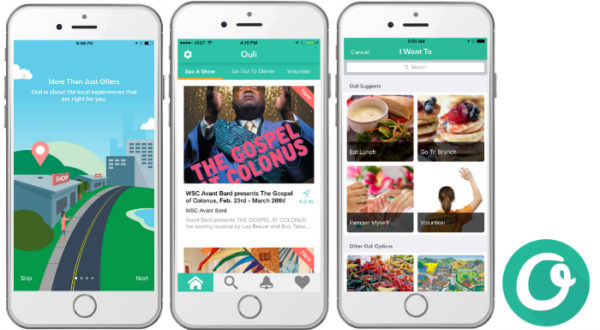 When we checked in on Ouli a year ago, the new mobile personal concierge app, developed in North Arlington, impressed early adopters with its groundbreaking two-way engagement abilities and it’s ability to learn your likes.

Now meet Ouli 2.0, released in March. Not only does it deliver consumer-choices for you based on your location and previous interaction–and the more you use it, the more it learns about you–the new home page brings you “the best thing to do right now” when you open the app, says Pierre Malko, CEO of Dante Inc., the Arlington-based software company that’s been building technological innovation since 1998. 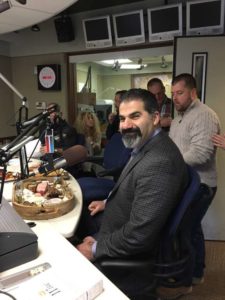 “It could be where to have happy hour or what show is available at a local theater,” he says. “Ouli comes to you with recommendations for experiences that are pertinent at that point in time based on where you are.”

Other added enhancements include an integration with Uber — you can book your ride through the app — and OpenTable, to make reservations based on Ouli’s recommendation. One of the benefits of Ouli is that it only suggests viable selections, so sold-out restaurants and performances won’t be recommended.

A year ago there were about 100 merchants in the Ouli database, mostly in Arlington because that’s where the app launched. But now, Malko says, Ouli’s reach goes beyond Northern Virginia into Washington and Maryland and the programming has expanded into the arts, nonprofits, farmer’s markets and volunteer opportunities.

“Ouli is all about connecting you with the local community,” says Malko. “Usually we gravitate to well-known places like the Shakespeare Theatre and the Kennedy Center, and that’s fine, but there are tons of local performers and artists who are doing great shows in nearby establishments that you would not have heard of otherwise.” 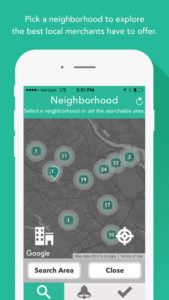 Malko is proud of the improvement to add nonprofit organizations and volunteer opportunities to the mix, which he hopes will enrich not just the Ouli user but the community at large.

“As a person with a family in Arlington who is also very involved in the community, I always like to know about the things that are going on,” he says. “But it’s not always easy to find. You have to search a million different places.”

Community engagement with Ouli, he says, “is helping us all enjoy and support local causes that are important to us, or local establishments that we love to have around. And the more we engage, the higher the chances that they’ll stick around for a long time.”

The new Ouli release offers an improvement on the personalization and two-way engagement attributes of the app. In short, they’ve made it less intrusive, and thus more welcome, all the while still giving you notifications of sales, events and other specials in the neighborhood you happen to be in, “but only if there’s a high likelihood that you’ll care about it,” he says.

“We didn’t want this to be one other thing that bothers our users, so we spend a lot of time and energy on taming it,” Malko says. “Honing those personalization skills was not easy, but we’re giving the user what they want and also not bothering them with things they don’t care about…We want to make this a service that helps them enjoy their life and do so economically.”

Yes, there’s an app for that. It’s called Ouli.

Ouli can be downloaded here for immediate use. See what the best thing going on around you is right now.

The preceding post was written by Buzz McClain and sponsored by Ouli.