his year’s Columbia Pike Blues Festival will be headlined by three-time Grammy nominee Bettye LaVette, part of a lineup of blues, R&B and funk performers.

The 22nd annual festival is set for Saturday, June 17, from 1-8:30 p.m. at the intersection of Columbia Pike and S. Walter Reed Drive.

Jonny Grave kicks off the festival at 1 p.m., followed by Sol Roots with Carly Harvey at 2 p.m. The Full Power Blues Band follows at 3:30 p.m., before Rufus Roundtree and Da B-more Brass Factory at 5 p.m. and LaVette at 6:45 p.m. 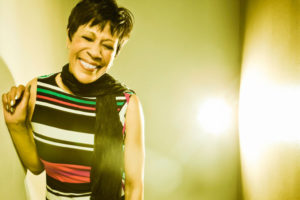 LaVette has been touring and performing since the birth of soul music in the 1960s. She performed at the “We Are One” concert before President Obama’s first inauguration in 2008, as well as the Kennedy Center honors for The Who that same year.

Also at the festival, presented by the Columbia Pike Revitalization Organization, will be food and drink, arts and crafts vendors and activities for children.

Photo via The Kurkland Agency