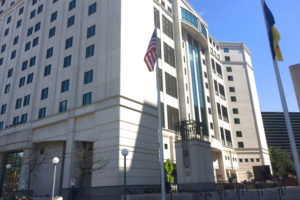 (Updated at 9:20 p.m.) A man died Thursday afternoon after being found unconscious in his cell at the Arlington County Detention Facility.

Bennie Turner, 40, was released Thursday at 10 a.m. on a court ordered furlough, for an ill family member. He returned from his authorized absence on time at 2 p.m, and returned to his unit just after 2:30 p.m.

Turner was found unconscious in his cell at 4:48 p.m. Deputies and medical staff tried to resuscitate him before the fire department arrived and transported Turner to the Virginia Hospital Center. He was pronounced dead at the hospital at 5:36 p.m.

His family was notified of his death late Thursday night.

An autopsy will be conducted by the Medical Examiner’s Office and the death is being investigated by the Arlington County Police Department, per standard procedure.