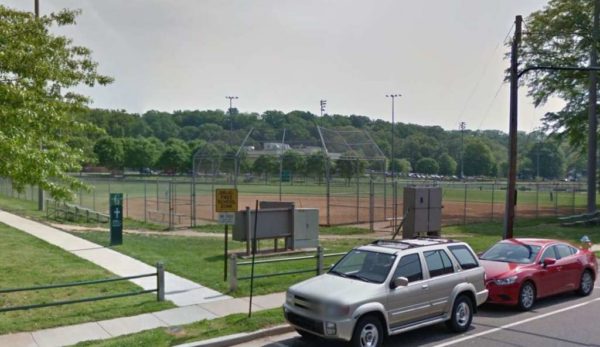 The diamond athletic field at Gunston Park will be converted from natural grass to synthetic turf after the Arlington County Board approved a $370,000 plan Tuesday night.

The nonprofit Arlington Sports Foundation offered a grant of $180,000 to convert the field, and the county sports commission’s Diamond Field Fund will pay the additional $190,000. The project is on top of a previously-approved $1.4 million maintenance and improvement plan at the park.

It is estimated the new field will add nearly 880 new possible playing hours per year, at a time when there is high demand for athletic fields in the county.

“Both the number of people playing sports in Arlington, and the hours our fields are in use continue to grow. We need creative solutions to meet the demand,” said County Board chair Jay Fisette. “Kudos to the Arlington Sports Foundation and the sports community for helping fund the conversion of Gunston’s field and expand its community use without increasing taxpayer support.”

Before the board’s unanimous approval of the project, there had been questions raised about the safety of the synthetic turf, which will be made from EPDM rubber. Local resident Kelly Alexis asked that a natural ingredient like coconut husks be used instead, and cited previous concerns about the health risks of playing on turf, especially that made up of crumb rubber.

Board vice chair Katie Cristol and others said the health of children is something Arlington takes “incredibly seriously,” and asserted that the health risks of EPDM are minimal.

Several members of the county’s sports community testified in favor of the conversion. Arlington Little League president Adam Balutis said the new turf means more games can be played and not be canceled or postponed due to the weather.

“Everybody would love to have natural, beautiful green fields that we could upkeep all year round and play and play and play, but it’s not possible in Arlington County because we don’t have enough space,” said Daniel Lopez, vice president of the board of the Arlington Soccer Association. “So the next best thing is we try to turf these fields so everybody can use them and everybody can enjoy them.”

Board members said that the funding model for the new turf field is something that could be repeated elsewhere, especially if community members are willing to help fundraise.

“We know in today’s tight funding times that the government is not going to be able to do it all and will rely increasingly on the generosity of the folks in our community,” said John Vihstadt.

“I think we’ve maybe got a new model,” said Board member Libby Garvey.