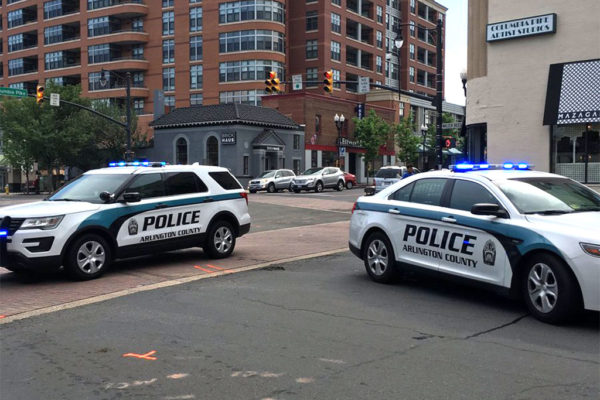 A man led police on a chase down Glebe Road and Columbia Pike on Sunday afternoon.

The incident started around 3 p.m. when police were dispatched to the 4200 block of 2nd Road N. in Buckingham for a report of a “dispute in progress possibly involving a firearm.”

Police arrived on scene and located a man fitting the suspect description, but the man allegedly threw his car into reverse and sped towards an officer.

“The driver intentionally struck the officer but she did not sustain any injuries,” according to a police press release. 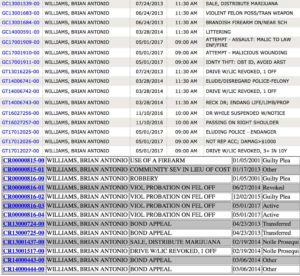 “A vehicle pursuit was initiated after the suspect fled from the scene traveling southbound on Glebe Road,” according to Arlington County Police. “The suspect turned onto Columbia Pike where he struck a vehicle at the intersection of Columbia Pike and Walter Reed Drive. The suspect exited his vehicle and attempted to flee the scene on foot. Following a brief foot pursuit, the suspect was taken into custody without further incident.”

Police arrested 32-year-old Brian Williams and charged him with a number of crimes, including attempted malicious wounding on law enforcement, felony eluding, felony hit and run, misdemeanor identity theft and driving while suspended.

Williams was also wanted for other crimes in Arlington and in Anne Arundel County, Maryland.